Margeaux Gray-Trafficking and Public Health - FreedomUnited.org
This website uses cookies to improve your experience. We'll assume you're ok with this, but you can opt-out if you wish.Accept Read More
Skip to content
Back to Global News 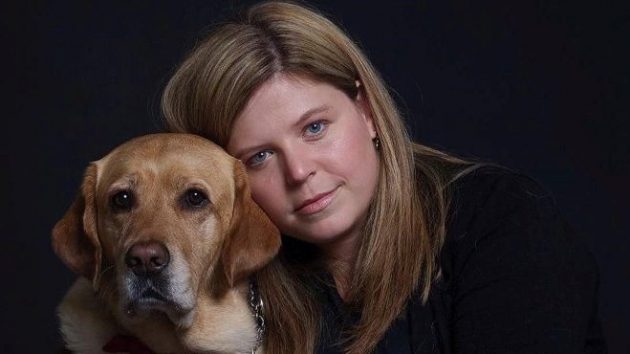 Margeaux Gray is a remarkable young woman who not only survived physical and emotional captivity, she is teaching us that trafficking as a public health problem.  “I am living proof that victims can thrive — but only if they receive the care they need and deserve.”  She gives thanks for trauma-informed care that was life-changing, holistic…She begins by making it clear that just because a victim escapes, their life is not saved; survival is much more complicated than that.

My journey of survival began nearly 20 years ago, and continues to this day. It is marked by hurdles, as well as by surprising gifts like losing my sight, discovering art and receiving life-changing, holistic, trauma-informed care. It has also been marked by our nation’s failure to call trafficking what it is: a public health problem.

She says that the TIP report by the State Department that looks at which countries are addressing world slavery has now become a topic for prime time talk, so it is a great time to discuss the victims’ road to recovery too. But unfortunately, this key issue will likely be left out of most conversations.  Instead conversations will focus more on law enforcement and prosecution.

While law enforcement is important, so is providing adequate support for trafficking victims’ recovery. And, in that regard, we are failing. We are failing because we have not identified human trafficking as the public health issue it is. You see, trafficking is not a short-term affliction—it affects a survivor’s whole life, families and even entire communities. That failure has negatively affected my life (and the lives of countless others) time and again, while I was repeatedly trafficked as a young child, and in the years since becoming physically free from trauma. The primary failure occurred during my ordeal. Though I often visited the doctor for numerous unexplained, very grown-up health problems, not one asked whether I was being abused.

Later, I struggled with the physical and psychological wounds resulting from more than a decade of sexual and physical abuse at the hands of my trafficker. Blindness was just one of the costs. I have also struggled with Post-Traumatic Stress Disorder (PTSD), an eating disorder, peripheral neuropathy and adrenal insufficiency. While I eventually received beneficial health services, it was largely because of my blindness.

Margeaux Gray explains that a significant part of her recovery and her ability to reemerge into the world was due to her guide dog, Junebug.  Even after I was technically “free” from my trafficking situation, PTSD left me feeling incredibly anxious and unsafe in public. After losing my eyesight, I felt even more vulnerable, and didn’t want to leave my house. The trusting bond I developed with Junebug changed my life, and allowed me to reemerge into the world.