Male Guardianship System in Saudi Arabia - FreedomUnited.org
This website uses cookies to improve your experience. We'll assume you're ok with this, but you can opt-out if you wish.Accept Read More
Skip to content
Back to Global News 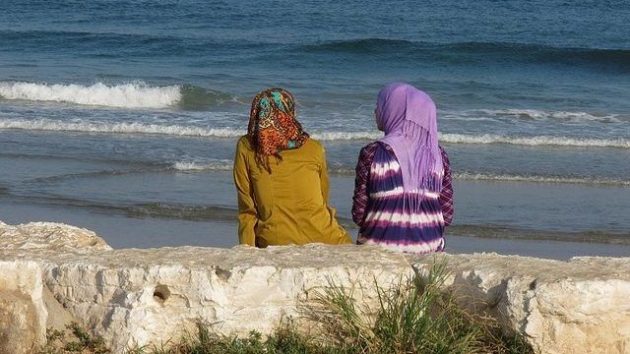 Saudi Arabia’s male guardianship system continues to be the greatest obstacle to women’s rights even though there have been limited reforms in the last ten years.

Human Rights Watch released a report today. Adult women must obtain permission from a male guardian to travel abroad, marry, or be released from prison, and may be required to provide guardian consent to work or get health care. These restrictions last from birth until death, as women are, in the view of the Saudi state, permanent legal minors.

The report is 79-pages long and titled, “Boxed In: Women and Saudi Arabia’s Male Guardianship System.”  It examines the formal and informal barriers faced by Saudi women as they try to make decisions or to take actions without a male guardian’s approval.  On young woman said, “We all have to live in the borders of the boxes our dads or husbands draw for us.” In some cases, men use the permission requirements to extort large sums of money from female dependents.

There were 61 women and men who were interviewed by Human Rights Watch for the report.  Following are some of the responses:

“The guardianship system is always a nightmare. I don’t want to get married because I don’t want a stranger to control me… Basically, it is slavery.”
–“Tala,” late 20s

“We are entrusted with raising the next generation but you can’t trust us with ourselves. It doesn’t make any sense.”
–“Rania,” 34

“It can mess with your head and the way you look at yourself. How do you respect yourself or how [can] your family respect you, if he is your legal guardian?”
–“Hayat,” 44

“I would rather you kill me than give the man who abuses me control over my life.”
–“Zahra,” 25

“You don’t have power over your body… It makes you nervous every step of your life. Everything that you put so much effort and time into could just end in a second if your guardian decides.”

“It is amazing how much we have achieved despite all the restrictions we face… Now that more women are working, I think there will be further changes. It is inevitable.”
–“Khadija,” 42