Malaysia Investigates Marriage of Man to 11-Year-Old Thai Girl - FreedomUnited.org
This website uses cookies to improve your experience. We'll assume you're ok with this, but you can opt-out if you wish.Accept Read More
Skip to content
Back to Global News 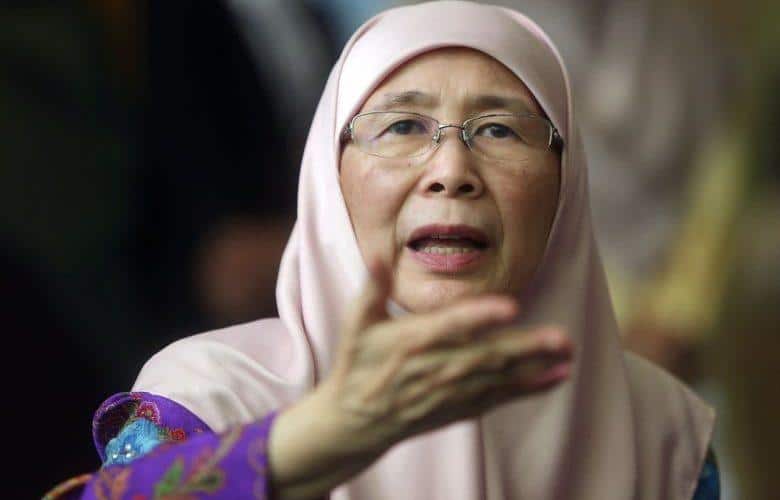 Malaysian authorities are investigating the marriage between a 41-year-old Malaysian man to an 11-year-old Thai girl that involved “sexual grooming.”

The case has sparked public outrage across both Thailand and Malaysia, with many calling for a ban on child marriages. Technically, in Malaysia girls who are under the legal age of 16 can wed with the approval of a Shariah court and the girl’s parents.

In this case however, rubber scrap dealer Che Abdul Karim Che Abdul Hamid apparently married the girl — who became his third wife — in secret, with news of the wedding only coming out after one of the man’s other wives filed a complaint with the police.

Malaysian Deputy Prime Minister Wan Azizah Wan Ismail [pictured] said there was no record of the marriage in Malaysia and no evidence yet that it had taken place. She said any such marriage would be invalid because consent hadn’t been sought nor given by Malaysia’s Shariah court.

“My officers are working with other local enforcement agencies to look further into this case. This includes whether there are elements of sexual grooming between the man and this girl before the supposed marriage. This is an offense” criminalized last year, Wan Azizah told a news conference.

Photos on social media showed the groom holding the girl’s hand after the marriage ceremony. Malaysian media said Che Abdul Karim, who is also an imam in a rural village in northeast Kelantan state, already has two wives and six children aged 5 to 18.

Che Abdul Karim told Malaysia’s Bernama news agency on Sunday that his marriage was lawful and had been approved by the girl’s parents, who are Thai citizens who live and work in Kelantan as rubber tappers. He has said he will only formalize the marriage in Malaysia when the girl turns 16 and that she will stay with her parents until then. The girl was also quoted by local media as saying that she loves Che Abdul Karim because he is a kind man.

However, Wan Azizah said that “Consent of a child under 12 years old is not consent,” adding that the girl does not attend school and her mother said her daughter was too young to wed, asking for the marriage to consummated only when she turns 16. Karim also reportedly offered to help the girl’s family financially.

Paveena Hongsakul, a Thai women’s and children’s rights activist, said this could be a case of human trafficking as it involves the girl’s parents giving her away in exchange for something.

The Human Rights Commission of Malaysia also expressed their concern, saying that child marriage in the name of religion might “provide cover for pedophiles and child sexual predators.”

Surprised the government is taking any measures to stop this and I have to wonder just how much they really are doing. The abhorrence of many, many such men hasn’t bothered them any time in the past.

govt intervention is highly required to put her in institutional care without further delay to safeguard her from marital rape but girl wish must be taken into consideration before any action.

This is a horrific moral crime if not a legal one in Malaysia.

It is 100% pedophilia, he said something like he will teach this 11 y/o about sex etc he should be jailed now. This happens even in Australia/USA etc