Maids for Sale: How Silicon Valley enables online slave markets - FreedomUnited.org
This website uses cookies to improve your experience. We'll assume you're ok with this, but you can opt-out if you wish.Accept Read More
Skip to content
Back to Global News 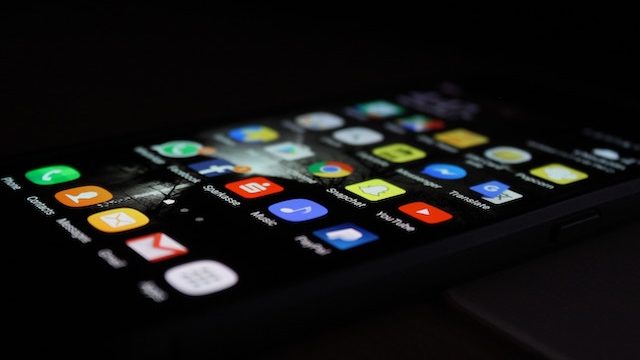 You won’t see them on the streets of Kuwait, but pick up a smartphone and you can easily search thousands of pictures of domestic workers, categorized by race, and listed by price. Put up for sale for a few thousand dollars.

An undercover investigation by BBC Arabic found a booming black market for migrant domestic workers in Kuwait, all facilitated through apps — including Facebook-owned Instagram. Using hashtags to find listings of the women, those searching to buy a domestic worker can then negotiate the sale through private messages.

It’s not just Instagram; apps approved and provided by Google Play and Apple’s App Store, as well as the e-commerce platforms’ own websites, are guilty of hosting the content.

“What they are doing is promoting an online slave market,” said Urmila Bhoola, the UN special rapporteur on contemporary forms of slavery.

“If Google, Apple, Facebook or any other companies are hosting apps like these, they have to be held accountable.”

Posing as a couple newly arrived in Kuwait, the BBC Arabic undercover team spoke to 57 app users and visited more than a dozen people who were trying to sell them their domestic worker via a popular commodity app called 4Sale.

The sellers almost all advocated confiscating the women’s passports, confining them to the house, denying them any time off and giving them little or no access to a phone.

The 4Sale app allowed you to filter by race, with different price brackets clearly on offer, according to category.

“African worker, clean and smiley,” said one listing. Another: “Nepalese who dares to ask for a day off.”

When speaking to the sellers, the undercover team frequently heard racist language. “Indians are the dirtiest,” said one, describing a woman being advertised.

After being alerted to the issue, Facebook said it had banned one of the hashtags involved. Google and Apple said they were working with app developers to prevent illegal activity. The illegal sales are a clear breach of the US tech firms’ rules for app developers and users.

In one instance, the undercover BBC team was offered a 16-year-old girl, Fatou (not her real name), who was Guinea in West Africa to Kuwait. The ‘seller’ told the BBC in her sales pitch that she had given Fatou no time off, her passport and phone had been taken away, and she had not allowed her to leave the house alone – all of which are illegal in Kuwait.

“Here we see a child being sold and traded like chattel, like a piece of property,” noted Ms Bhoola.

Since the BBC contacted the apps advertising domestic workers, 4Sale removed the section selling maids from its platform. Facebook said it had banned the Arabic hashtag “خادمات للتنازل#” – which translates as “#maidsfortransfer,” while Google said it was “deeply troubled by the allegations.”

“We are working to ensure that the app developers put in place the necessary safeguards to prevent individuals from conducting this activity on their online marketplaces,” added a Google spokesperson.

Apple stressed that it “strictly condemned” human trafficking on its app store, saying “We work with developers to take immediate corrective actions whenever we find any issues and, in extreme cases, we will remove the app from the Store.”

However, at the time of publishing, the BBC said it saw hundreds of domestic workers still being traded on Haraj (a commodity app popular in Saudi Arabia), Instagram, and other apps.