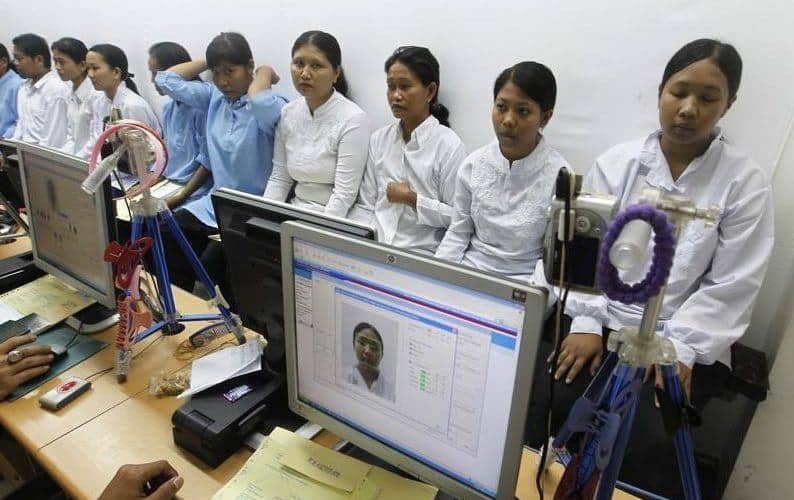 A Kafala system traps migrant domestic workers like Latika who tells her story about ending up as a slave in Muscat, Oman…

Back in her home in Bangladesh, her husband’s paralysis required an operation that put the family into serious debt.  She had learned through an employment agent that there was work abroad.  In October, she got on her first flight bound for Abu Dhabi in the United Arab Emirates where she was to begin a job as a domestic worker.

However, when she arrived, a recruiter took her to a different town in al-Ain, where an Omani man hired her. Latika’s new boss took her passport, transported her into Oman, and forced her to work 15 hours a day with no rest or time off.  She was not paid for the five months she labored.  “He cut my hair and burned my feet with hot water.” She points to the patches of her missing hair and burns on her feet. Eventually, Latika ran away,

There are millions of women just like Latika, who migrate as the only breadwinner for their families.  They work as domestic laborers abroad. Their goal is to clothe, feed, and educate their children.

While many migrant domestic workers realize their hopes for decent salaries and good working conditions, others face a far bleaker reality. Latika’s case unfortunately is not rare. Viewed as unpaid “women’s work” for centuries, domestic work remains one of the most undervalued and least regulated forms of employment. Many countries still do not conceive of it as “real” work and often exclude paid domestic workers from protections offered by their labor laws. Consequently, many of the world’s estimated 67.1 million domestic workers, the vast majority of whom are women, are given very few rights or protections.

There are around 11.5 million domestic workers worldwide who are vulnerable to abusive exploitation in many countries’ restrictive immigration systems.

The Gulf Cooperation Council (GCC) states host over 2 million migrant domestic workers.  Their visas are tied to their employers.  They can’t change jobs without the consent of their employees.  This system is referred to as a “kafala” system.

Almost all of the hundreds of migrant domestic workers that have been interviewed by Human Rights Watch in GCC countries over the years claimed that their employers had confiscated their passports as a matter of course, to ensure that they could not escape.

To read more about the Kafala system, click on the link below.