Kafala System Begins to Crumble in Qatar - FreedomUnited.org
Skip to content
Back to Global News 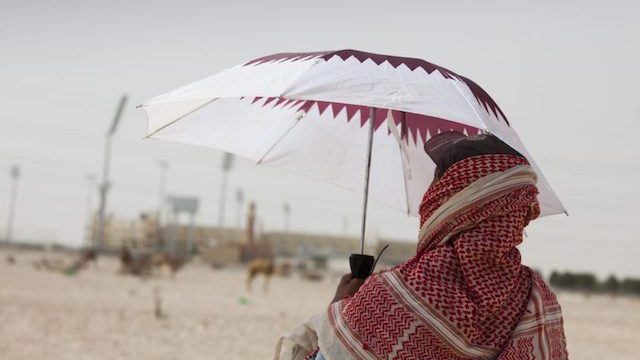 Qatar has finally approved new legislation that will allow some migrant workers to leave the country without needing to secure an exit visa and permission from their employer.

The move comes as the country begins to dismantle its kafala system, a sponsorship system common across the Gulf states that binds laborers to their employers and prevents them from leaving the country or changing jobs without their employer’s approval.

For years, this has meant that exploited migrant workers had few options to escape abusive employers.

However, the new exit permit policy does not apply to all migrant workers in Qatar.

As Houtan Homayounpour, head of the ILO Project Office in Qatar, told Aljazeera, “This will not cover all the workers, including domestic workers and those working in the military. Qatar already has a law on domestic workers and we’re working closely on getting a ministerial decree to grant them the same rights.”

Still, “the power imbalance between workers and employers [is] starting to be addressed…If [workers] find themselves in a problematic situation or a family emergency, or simply want to go on a vacation, they can leave,” he added.

The Asia Times explains how the new exit permit system will work, but that migrant workers brought in on tourist visas will not benefit:

The labor ministry further launched an electronic notification system through which workers can request an exit from the country from the government, rather than depending on their employer. The worker can register on the website and use his or her employment information, such as occupation and company, and the ministry will have the final say in the decision. In instances of labor rights violations, the ministry would grant the approval to exit.

Al Wakrah, south of the capital Doha, is the site of one of the eight stadiums under construction. Here, laborers say they are working illegally on tourist visas on a myriad of construction projects.

“I came to Qatar with a two-year contract on a visit (tourist) visa. Every six months, my visa is renewed by my company,” said Pradeep, who has been in Qatar for the past two years. While he is not seeking to leave the country, he is aware that he is excluded from workers’ benefits, and at constant risk of confrontation with the law.

The workers interviewed said their company stopped issuing identification cards in 2013. Without an ID card, a worker cannot benefit from the electronic notification system for transferring companies and cannot receive health insurance. They are also in a precarious situation as unregistered foreigners.

ILO says there is little they can do in these situations.

“If a worker comes to the country on tourist visa and stays back to work, there is not much we can do. It is not our understanding that it is the employers who are making them work on tourist visas,” said Homayounpour.

Regardless of their visa arrangement, a social worker interviewed by Asia Times said that awareness of the new policies is extremely low.

“Most of these workers have no idea what these recent agreements have been about and what rights have been given to them.”

In an ideal world an employee should I repeat should be able to leave an employment if he or she feels that they are being mistreated or abused or being underpaid, this should be the international rule of employment law in every country in all corners of the world, to suffer less is criminal, and has no sanction for honourable people.

The Kafala System, sadly enough, gives far too much power to the employer in Qatar and ends up forcing migrants workers into slave-like working condiciones. The Kafala System MUST end.