"It's Nothing Like the Movies": On Patrol with Nepal's Anti-Trafficking Activists - FreedomUnited.org
Skip to content
Back to Global News 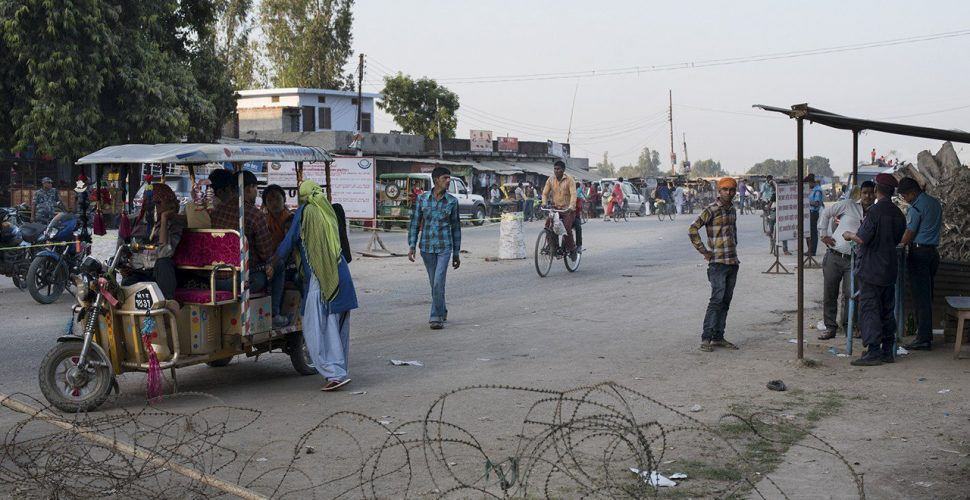 "It's Nothing Like the Movies": On Patrol with Nepal's Anti-Trafficking Activists

There are no walls or fences between India and Nepal. The two countries share a relatively open border, and Indian and Nepali passport holders do not need visas to visit each others’ countries.

While this policy promotes cultural and economic exchange, it has also allowed human traffickers to take women and girls from Nepali to India with relative ease.

UNICEF estimates that around 12,000 children are trafficked from Nepal to India each year, many of them destined for bonded labor, forced sex work, or forced marriages.

Yet as the South China Morning Post reports, one local NGO that helps trafficked women, Maiti, is trying to curb the crime by patrolling 12 border checkpoints:

From 6am until long after sunset, three or four women dressed in blue kurtas patrol the potholed stretch of dusty road, one of the busiest crossing points between the two countries, backed up by police and army personnel.

“Our job is to identify vulnerable women and children: those who can be preyed upon by trafficking gangs,” explains Laxmi Singh, who is on patrol. “Whenever we think someone may be at risk, we focus on three things: who is she travelling with, what does she look like, and whether the information she provides can be verified by someone else.”

Over the day and a half we spend at Maiti Nepal’s check­point, it becomes clear that the task is a difficult one. Hundreds of buses, trucks, cars and tricycles cross the border every day. Nepal police sub-inspector K.S. Kathayat admits that they are understaffed and officers lack motivation to stop traffickers.

“Maiti’s women have our full support,” he says. “If they find something suspicious, we intervene immediately and coordinate with the Indian police if needed.” Reluctantly, however, Kathayat concedes that the procedures required to extradite people between the two countries – or to involve Interpol – are not carried out once suspects have crossed the border. “Formalities would take too long,” he says.

Bishwo Ram Khadka, director of Maiti Nepal, added that it is often difficult to tell who is a victim.

“Mafias are nothing like in the movies. Women aren’t taken gagged and with their hands tied in the back of trucks,” said Khadka.

“Most make the trip of their own will because they don’t know someone is cheating them. They may be accompanied by their trafficker or travelling alone, and many are told not to speak to us or to lie in order to avoid scrutiny. They fully believe they are on course to a better life.”

Yet trafficking of Nepalis is not limited to India. As Maiti’s founder, Anuradha Koirala, noted, “We have noticed a substantial increase of trafficking cases to the Middle East and Tibet.”

“Traffickers use the same modus operandi – the promise of a job for a better life – but globalisation has made it easier to take them further away. We’ve identified cases as far away as Tanzania, although countries in the Persian Gulf and China are the main concern now.”