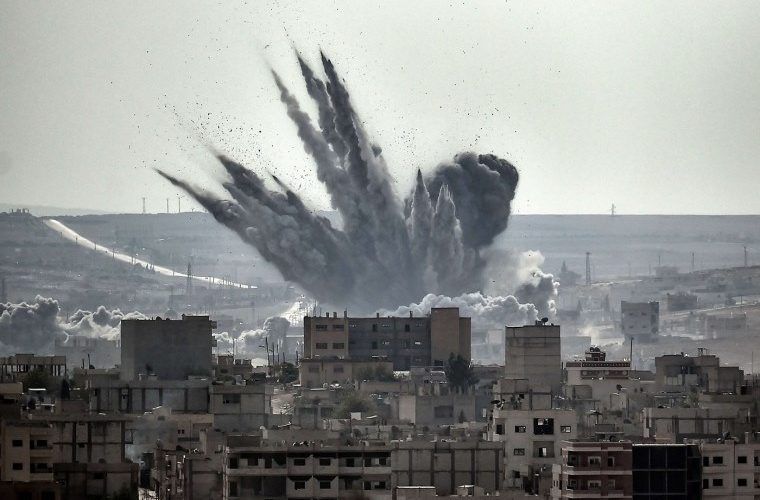 Terrorist groups, including ISIS and Boko Haram, are trading sex slaves as a means to generate funding according to a new report from think tank Henry Jackson Society. The Lancaster Telegraph reports that these groups are turning to “hostage-taking and ransom efforts as historical revenue streams such as taxation and oil sales dry up.”

The research explains how terrorists use sexual violence — including rape, sexual slavery, and forced marriage — to increase recruitment, galvanize troops, and punish those who don’t follow their teachings. One case involved a 10-year-old girl from Libya who was raped repeatedly by traffickers while they held her in one of their camps.

“Isil, Boko Haram and other evil groups are increasingly seeing human trafficking as a possible revenue stream – and we know that terrorists use sexual violence as one of the weapons they use to divide and create fear within communities.”

The authors of the report recommend that British laws, including the Modern Slavery Act and Terrorism Act, should be interpreted more broadly to reflect sexual violence being used as a tactic of terrorism.

It’s much more than that – the most powerful and radical Islamist groups like ISIS, Al Qaeda, Taliban, Boko-Harma, Al-Shbab, Lashkar, Jaish, so on and so forth deliberately and religiously target, capture, gang rape, imprison and then enslave girls and women from the infidel (also read non Abrahamic) faith for their personal sexual gratification, economic gain and,further entitlement to be rewarded in their heaven serenaded by 72 virgins. When is the 21st Century waked up to confront this evil?

The neoconservative Henry Jackson Society is a notorious group known for its pro-war, racist and Islamophobic views. No report from this group can be taken at face value.
Sexual violence has often been used to terrorise populations as in the case of Israel against the Palestinians and during its invasions of Lebanon (e.g. Khayyam prison), the Indian occupation of Kashmir, but most famously the US invasions of Iraq and Afghan (Abu Ghraib and Bagram airbase) and continuing into Guantanomo.