Is the Sahara Trafficking Ban Working? - FreedomUnited.org
This website uses cookies to improve your experience. We'll assume you're ok with this, but you can opt-out if you wish.Accept Read More
Skip to content
Back to Global News 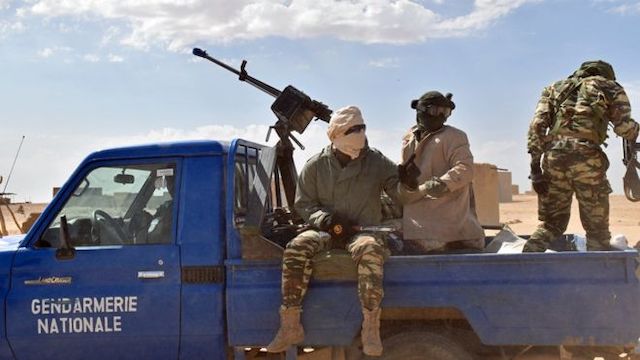 Is the Sahara Trafficking Ban Working?

The number of migrants attempting to cross the Mediterranean to reach Europe has fallen dramatically, and a recent ban on trafficking across the Sahara to reach Libya may be one reason why.

Following pressure from European countries, Niger passed a law in 2015 to ban the transport of migrants across northern Niger, leading to several traffickers being jailed and their vehicles seized.

Bachir Amma, a former trafficker, says he stopped trafficking migrants to the Libyan border after the law came into effect.

“It’s very, very strict. If you’re caught you get a long time in jail and they confiscate your vehicle,” he said.

Yet as the BBC reports, this does not mean trafficking has been eradicated:

Although there has been a big drop in the number of African migrants heading north to Europe, the risks are now worse than ever for those who continue to make this journey.

The law banning the transport of migrants in northern Niger has led many traffickers to take dangerous back routes to avoid being arrested by police patrols.

These take them further from water holes into areas plagued by armed groups and strewn with land mines. The chances of being rescued in such desolate, hostile places is often extremely remote.

The vastness of the Sahara desert, an area around four times the size of the Mediterranean, also means that the bodies of many migrants who have perished there may never be found.

UNHCR’s country representative in Niger, Alessandra Morelli, explained that, “We, the international community, the UNHCR, say that for every death in the Mediterranean there are at least two in the Sahara, unknown and anonymous.”

One man, Ibrahim (not his real name), who continues to traffick migrants to Libya says he is not worried about the government crackdown, adding that he can now charge migrants twice as much for the journey.

He also says the EU funded offers to human traffickers like him to get them to quit, including motorbikes, fridges, livestock, or help in starting a new trade. Yet only a fraction of traffickers received this, leading many of them to go back to the illegal trade.

“If they give us money then we definitely will stop,” he said.

“For two years they’ve been promising to give it to us, but we haven’t received anything yet. That’s why we have to go back to this work, we can’t stay penniless.”