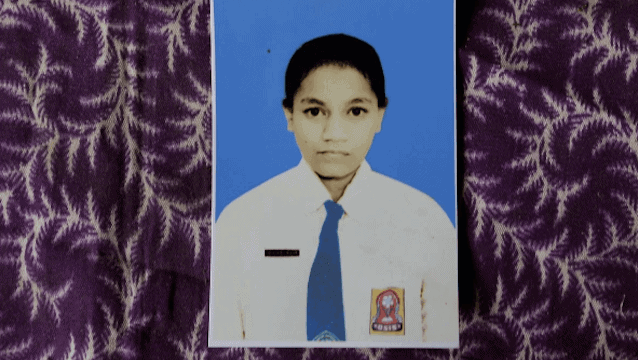 Hundreds of girls have quietly disappeared from impoverished western half of Timor island and other parts of in Indonesia’s East Nusa Tenggara province.

Alarmingly, the National Agency for Placement and Protection of Indonesian Workers has recorded more than 2,600 cases of dead or missing Indonesian migrants since 2014. And that doesn’t even include those who were recruited illegally; some 30% of the 6.2 million Indonesian migrant workers.

Lina is one such girl who went missing after a stranger named Sarah showed up at her house in 2010. Sarah insisted Lina and her family could trust her offer of a job working in Malaysia because she was related to their village chief. That Malaysian salary could support Lina’s entire family, making it a hard offer to turn down.

But less than one hour after Sarah came into her life, Lina left with her, never to return.

Looking back on it now, Lina’s aunt, Teresia Tasoin, crumbles under the weight of what-ifs. “I regret it,” she says through tears. “I regret letting her go.”

When it comes to tracking the fate of migrants, Asia is the blackest of black holes.

It has more migrants than any region on earth, with millions travelling within Asia and to the Middle East for work. Yet it has the least data on those who vanish. The UN’s International Organisation for Migration lists 2,700 cases of dead and missing migrants, but the true total could be higher than 8,000. Countless cases are never reported.

These workers reflect part of the hidden toll of global migration. There are at least 61,135 migrants dead or missing worldwide, a tally that keeps rising.

In East Nusa Tenggara, which is heavily Christian, the church has become a main voice in protecting the local community from traffickers.

Sister Laurentina is one such crusader, warning parishioners of the danger in trusting illegal recruiters. She knows firsthand as she waits at the airport for the arrival of every migrant worker’s coffin flown back to Kupang, earning her the name “Sister Cargo.”

After leading a prayer group, she will go to the airport to receive the 89th coffin of this year.

Sister Laurentina has held 20 community meeting across the island to educate locals on the dangers of trafficking. She asks if anyone has lost contact with a family member who went abroad for work.

And at every meeting, for six years, at least one or two people have told her: Yes, my child is missing. Most are girls.

I wish governments weren’t corrupt and enabled everyone to make a healthy living in their native lands. Then poor folks wouldn’t be forced into migration and targeted by slave traders. My heart cries for Lina!

Indonesian Military are going to be destroyed by the most vicious natural disaster to yet hit Indonesia. All the innocent souls that will be caught up in this will come back again with another chance. But those horrible fools who think they are so infallible with their weapons(Who are merely cowards hiding behind weapons) will never ever see the light of the Universe again, and that is a promise! Your Indonesian government and it’s cronies are going to be completely annihilated from the Univers

This is a very tragic story. However, with the brutal and corrupt military which is a key string puller in politics, it is no wonder that tragedies like this occur