Indonesia Struggles With Human Trafficking Networks - FreedomUnited.org
This website uses cookies to improve your experience. We'll assume you're ok with this, but you can opt-out if you wish.Accept Read More
Skip to content
Back to Global News 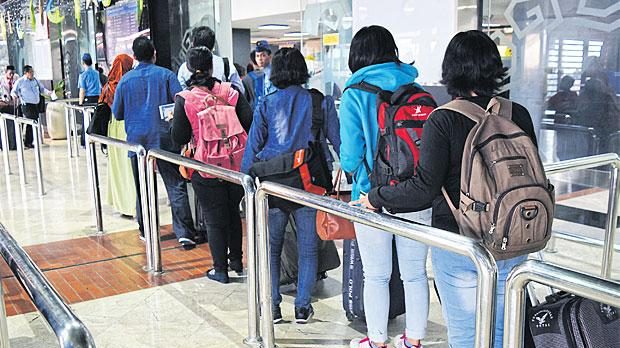 Tyas Weningsih Putri left her village in central Java in 2016, bound for Malaysia, where she had been recruited to work in a bird’s nest processing factory along with 152 other women. She had a contract that stated she would be paid 900 ringgit per month.

Yet when she arrived she became suspicious that something was not right. The address on her ID card did not match that of the factory, and the promise that accomodation would be covered was not kept. Deductions from her pay meant she only received 200 to 400 ringgit on payday. She had no idea she was a victim of human trafficking until the police raided the factory last year.

Yet as the Bangkok Post reports, although she was identified as a victim of trafficking, she was put in jail for an immigration offense:

“We were told that we were victims of human trafficking but the police told us that we still had to go to jail for the immigration violation, even though it was the company’s fault,” said the 24-year-old, who now works for a garment factory in her hometown in Indonesia.

She and her fellow workers were released from jail and immediately sent home in May 2017.

“I was still handcuffed when they took us to the airport. I was released only after my baggage was checked in,” she said.

It turned out that Tyas was one of 1,083 victims of a human trafficking ring that sent Indonesians to Malaysia, China, Egypt, Saudi Arabia, the United Arab Emirates, and Syria. The majority were bound for the Middle East, but travelled through Malaysia first to try to circumvent Indonesia’s moratorium on sending migrant workers to Saudi Arabia. Notably, the traffickers had obtained pilgrimage visas instead of work visas for those heading to Saudi Arabia.

Wahyu Susilo, advocacy director at Migrant Care, an Indonesian NGO, pointed out that the migration ban did not stop women from finding irregular recruitment channels to work in Saudi Arabia. “In January and February 2017, Migrant Care received a report that there were about 300 female workers who were kept in confinement in Riyadh. Most of them were from West Nusa Tenggara and were sent there when the moratorium was still in place,” he said.

Susilo says that Indonesia needs to negotiate bilateral agreements with many of these destination countries, demanding that they enforce protections for migrant workers.