"I was Bought for 50,000 Rupees": India's Trafficked Brides - FreedomUnited.org
This website uses cookies to improve your experience. We'll assume you're ok with this, but you can opt-out if you wish.Accept Read More
Skip to content
Back to Global News 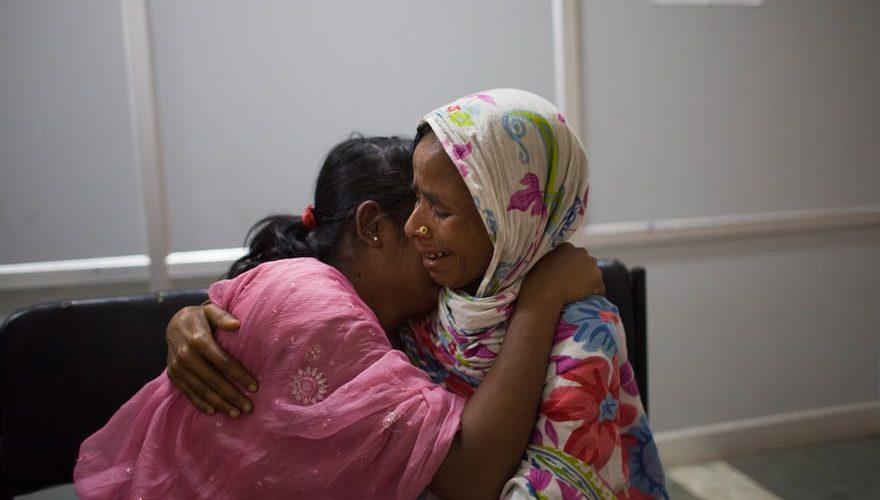 Tahmina had travelled by bus, train, and car with her sister and brother-in-law, thinking they were heading to Delhi. Instead, she was taken to a remote village in Haryana and sold into marriage.

“They took me to Haryana and kept me in a room. Strange men were coming to see me and offering money and my own sister was outside that room knowing what was going to happen to me,” she said.

With the help of Empower People, an anti-trafficking charity, Tahmina managed to escape and has been reunited with her mother. Yet thousands of other Indian girls continue to be trafficked into forced marriages.

Tahmina escaped, but across north-west India, thousands of other women and girls are lost to their families and trapped in lives of sexual and domestic slavery as paros – meaning those who have been purchased or sold.

For centuries, bride trafficking has been a booming business in the states of Haryana, Punjab and Rajasthan in north India. There is no official government data on the numbers who have fallen victim to trafficking rings, but it is believed that hundreds of thousands of women and girls, mainly from Assam, West Bengal, Jharkhand or Bihar, have been sold into marriage.

Activists believe the scale of bride trafficking is still not properly understood. A door-to-door survey by Empower People found 1,352 trafficked wives living with their buyers in 85 villages in north India in 2014.

Sanjida is one woman who has lived as a paro for 15 years in the Mewat district of Haryana. She left her home in Assam after being promised a job as a babysitter in Delhi. Instead, she was taken to Haryana and sold to her now husband for 10,000 rupees.

Her husband, Mubin, says he purchased Sanjida because he could not find a local woman to marry. “Poor men like us, who don’t have much land, have a lot of difficulty in finding a wife here,” he said.

Paros often face being disowned by the family if they become widows and even those women who manage to escape find that they are stigmatized if they return home.

Tahmina’s own father refused to accept her back into the house when she returned to Assam due to the shame of his daughter being a paro. Tahmina now lives with her grandmother.

Somebody needs to kick her sisters ars

More than kick her arse. Her and her father should be jailed

How is it possible that a sister would sell her 13 year old sister to a man for £557.00, did she really hate her that much, how in the world are we going to stop this evil if family members are complicit, why is this barbaric practice existing still in the 21st century ? In fact how come it is getting worse rather than being eradicated. It’s evil pure and simple.

Its not about hating her own sister but more about living in poverty. If the government did something to eradicate poverty families would not be forced to earn money in horrendous inhuman ways. It’s less about hate and more about need. 50,000 Rupees is a lot for a poor Indian family that may be living below the poverty line. This is no way justifies human trafficking but provides an explanation as to why something like this is so prevalent.

That justifies absolutely NOTHING. Production, business, FAMILY PLANNING and an end to the scourge of CHAUVINISM will go a long way to alleviating these problems.

All is possible in Incredible India!

This is very sad and shouldn’t happen to any girl. This needs to stop now!

Poverty and poor governmental planning must be part of this. The people are trapped in a web of evil. This ban is emancipation for some victims but the culture and desire of the slavers, traffickers and purchasers will remain until education and addressing of poverty is also enacted.

I agree with Sam Burkey’s comment about her sister, but I think her father also needs his arse kicking. More concerned with his “social appearance” to his friends/neighbours than his young daughter’s safe return. Some father!!!