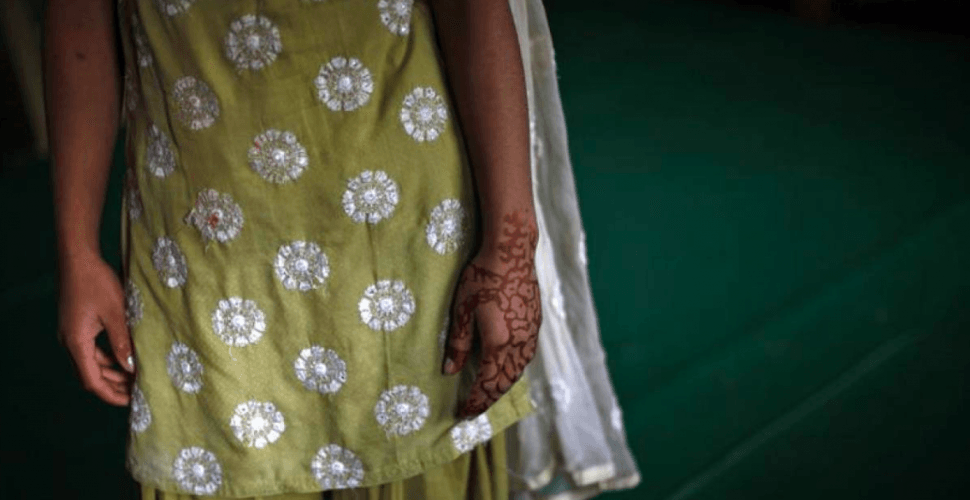 India has an ambitious goal to free more than 18 million people who are trapped in bonded labor by 2030. Yet it has yet to pay full compensation to anyone rescued from bonded labor since introducing new policies in 2016. By law freed workers are eligible for grants of up to 300,000 rupees ($4,458).

Part of the problem is the low conviction rate of perpetrators. While rescued victims are given 20,000 rupees soon after being freed, the remaining amount they are due is only paid after their abuser is convicted.

Onkar Sharma, India’s deputy chief labor commissioner, says only a handful of convictions have taken place since India banned bonded labor in 1976. Nirmal Gorana, convener of the National Campaign Committee for Eradication of Bonded Labour, also pointed out that trials can go on for years.

Makhanlal Aharwal is one of those awaiting compensation if the man who sold him into slavery in New Delhi is convicted.

He had been standing for three days on a corner in the capital, which was a well known spot for contractors to hire labourers, when a man stopped and offered him a good wage.

Aharwal was driven to a gated construction site where he was confined and forced to work without wages for four months before being rescued.

Three years later, he finally received his release certificate – a government document that entitles him to 100,000 rupees ($1,500), jobs and housing.

But none of that has materialised yet.

“A couple of weeks ago some officials came and took my picture,” Aharwal said by phone. “I hope it is for the money.”

One way India is trying to address this problem is to bring district collectors into the picture. They oversee health services and elections, but they are also authorized to conduct trials in bonded labor cases and ensure quick compensation.

The Ministry of Labor and the National Human Rights Commission have conducted 20 workshops across the country with district collectors for this purpose.

“We are putting pressure and also sensitizing district collectors to punish the employers (of bonded labourers),” said Sharma.

The Indian government and politicians are indifferent to the plight of bonded labourers. Ironically, the compensation to be paid by law to freed bonded labour becomes one reason not to rescue them or give them release certificates, as local governments may not have the money for rehabilitating large numbers of people. Most governments pretend that bonded and forced labour does not exist.