India Introduces Child-Friendly Courts to Aid Testimonies - FreedomUnited.org
This website uses cookies to improve your experience. We'll assume you're ok with this, but you can opt-out if you wish.Accept Read More
Skip to content
Back to Global News 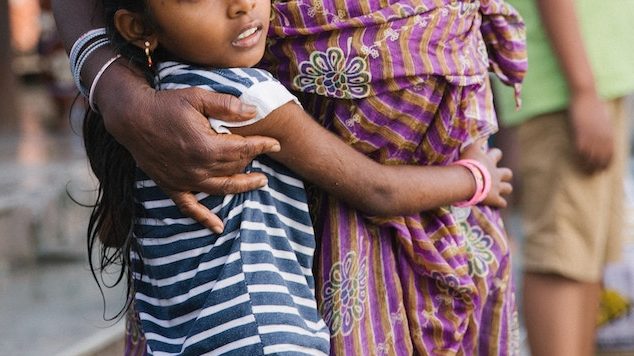 Rahda was only 13 when she had to testify in court about how she was trafficked for sexual exploitation when the defense lawyer started grilling her.

Why didn’t she run away? Or try to kill herself? Rahda got scared, but fortunately the judge intervened.

“The judge told the lawyer his questions were inappropriate, that I was a small girl. She told me to speak without fear. I felt better after that. I was no longer scared,” she said.

But many child survivors of trafficking in India aren’t afforded child-friendly courts, if their case makes it to court at all. This is precisely why child-friendly courts have been set up in Beed, in the western state of Maharashtra, in a bid to ensure trafficked children are not retraumatized by telling their stories.

The court is cosy, with sofas arranged in a square around a coffee table and a television on the wall, with an adjoining room with brightly painted walls, toys, chocolates and a bed where victims can rest.

A series of orders by India’s Supreme Court, a 2015 government directive to make it easier for victims to bring cases and a 2012 child protection law have all helped make the legal system more victim-friendly.

Ravi Kant of Delhi-based anti-trafficking charity Shakti Vahini said there had been a “visible change” in the way courts handled cases, though progress was patchy.

“Earlier, victims were asked intimate details of what happened. The questioning lasted long hours when the defence lawyers would raise their voice,” he said.

“The victims would then give contradictory answers to questions asked to confuse them such as the trafficker’s shirt colour. We saw more acquittals than convictions.”

Other courts across the country have started making reforms, too. Hyderabad and Delhi have made changes to ensure victims do not face the accused in court, and defense lawyers are not allowed to make victims uncomfortable.

Still, these protections are not universal, and often adults and children who have been trafficked end up face-to-face with their traffickers in court.

One lawyer, Debashish Tandon, explained that he was representing a trafficked girl in Kolkata. “But on the day of her testimony, she saw the accused in the court. She broke down.” Despite the challenges, Tandon still managed to win the case.

“We are quick in creating specific categories of offences in law, but are failing to create matching judicial infrastructure,” said Girja Shankar Bajpai, head of the Centre for Criminology and Victimology at the National Law University.