Increasing Dialogue on Human Trafficking - FreedomUnited.org
This website uses cookies to improve your experience. We'll assume you're ok with this, but you can opt-out if you wish.Accept Read More
Skip to content
Back to Global News 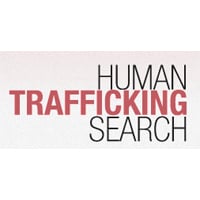 The conversation series brought together practitioners in the Movement.  Both leaders and survivors were on the stage to explain their work and to get ideas and suggestions.  The Human Trafficking Symposium as a part of their Human Trafficking Conversation Series began with a panel discussion titled Leadership in Action led by John Clark, President and CEO of the National Center for Missing and Exploited Children (NCMEC).

Clark discussed the blurred lines in anti-trafficking work and action, particularly relating to the right to privacy and the internet. The “Dark Web,” which Clark described as a place where youth can be bought and sold like ordering a pizza, must be controlled to stop trafficking. However, given the right to privacy, Clark expressed the difficulty of designing public policy that respects the line of privacy while simultaneously tackling the issue of trafficking. To get around this difficulty, the NCMEC works on education and prevention campaigns to encourage diligence on the part of youth, parents, and educators.

The symposium included an art exhibit called “Bought and Sold: Voices of Human Trafficking” which was compiled by Kay Chernush, award-winning photographer and founder of ArtWorks for Freedom.  Other participants included Tina Frundt, founder of Courtney’s House, Carolyn Jones, Resident Advocate at Streetlight USA, and Ann Wilkinson, Director of Mentor Services at My Life My Choice.

This article calls the Symposium an inspiring platform to showcase action in the field and encourage collaboration among practitioners. More broadly, the conversation series continues to shed light on progress in the anti-trafficking movement.

To read the entire article about increasing dialogue and raising awareness about human trafficking, click the link below.