In Colombia, Who's Most Vulnerable to Trafficking? - FreedomUnited.org
This website uses cookies to improve your experience. We'll assume you're ok with this, but you can opt-out if you wish.Accept Read More
Skip to content
Back to Global News 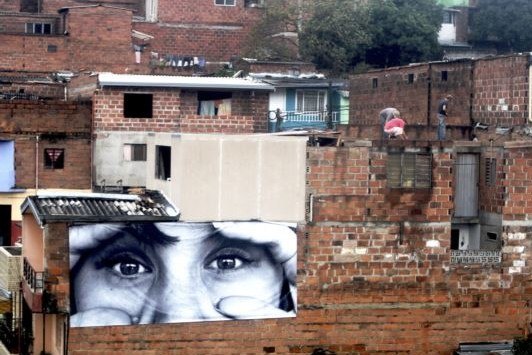 In Colombia, Who's Most Vulnerable to Trafficking?

Five decades of civil war have driven many Colombians away from their homes, and they have become highly vulnerable to human trafficking.  It’s a serious problem and the scale of the issue is not fully understood…

This country has the greatest number, 6.5 million, of displaced persons on earth now.  Many women and the indigenous run to the cities for refuge in slums.  They then become targets for sexual exploitation and forced marriage and forced labor.  Betty Pedraza is manages Woman Space Corporation. She says, “Displaced women are highly vulnerable to human trafficking because they’ve been uprooted, are often living in extreme poverty and are the sole breadwinners. Human trafficking is a problem that’s still invisible and remains hidden [in Colombia]. Many people don’t know what trafficking really is and only think it involves sexual exploitation.  It’s much easier for traffickers to trick someone who comes from the countryside and has little education. Many come from a background of violence either in the home with an abusive partner, or they grew up in a home where violence was used, or they were displaced because of the conflict.”