Illinois Professor Pioneers App to Combat Trafficking - FreedomUnited.org
This website uses cookies to improve your experience. We'll assume you're ok with this, but you can opt-out if you wish.Accept Read More
Skip to content
Back to Global News 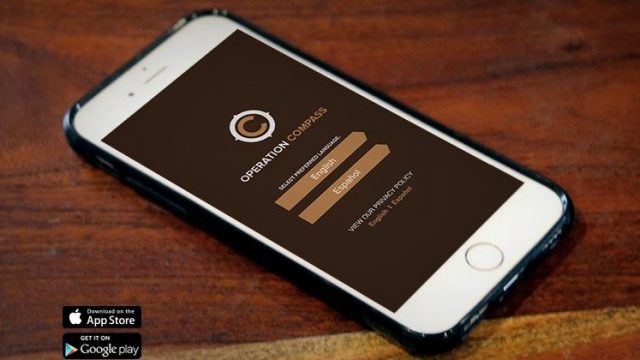 Lisa Mercer, an assistant professor at the University of Illinois, has created a promising app to combat human trafficking in the state and across the United States.

The app, Operation Compass, which can be downloaded from Google Play and the App Store, allows users to anonymously report cases of human trafficking. The information is then sent to service providers and law enforcement who can follow up and locate the incident.

The Daily Illini says Mercer is looking to make some improvements to the app before a new version is launched in Illinois:

“Human trafficking is really hard to identify,” Mercer said. “Especially if there are people who don’t self-identify because they may not be reaching out for help. It’s really up to us to rely on our instincts and trust that feeling when something is not right.”

While Operation Compass allows people to rely on their instinct and report any suspected instances of human trafficking, Mercer is planning on making some improvements to the app before it is launched in Illinois.

“Something that we would like to add would be an educational program to educate people in the trade industries about human trafficking — what it looks like, how to identify it and how to report it,” Mercer said.

Through geotags, the app automatically populates the date, time and location. It also includes sections for descriptions of both the victim and the trafficker, so they are easily identifiable to law enforcement officials.

One industry Mercer has studied closely is the American trucking sector as truck drivers are well-positioned to report potential cases of human trafficking.

Mercer even attended trucking school to gain insight into the industry, finding that truckers often didn’t report even if they had a gut feeling that something was wrong.

“I think there is this idea that if you’re not sure if it’s really something, should it be reported?” Mercer said. “There’s this question of what if I’m wrong (and) I think that stops many people from reporting it, even outside of the trucking industry.”

By allowing users to report anonymously, Mercer believes users can report on their own terms. “I think what this app allows us to do is create a collaboration between service providers on accepting suspected cases, and hopefully, through that, we can find ways to identify accurate data in human trafficking,” she said.

Maybe put a link on here to the app website?
http://operationcompass.org