Human Trafficking in Finland Tripled in 3 Years - FreedomUnited.org
This website uses cookies to improve your experience. We'll assume you're ok with this, but you can opt-out if you wish.Accept Read More
Skip to content
Back to Global News 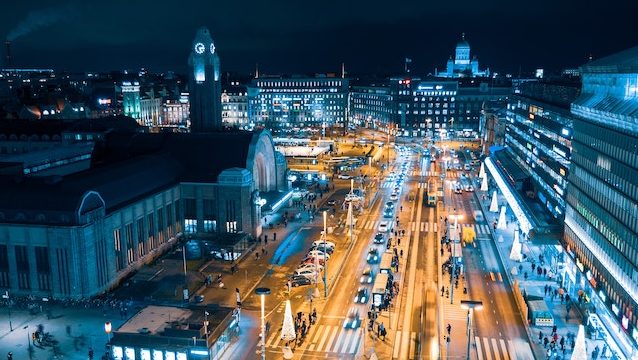 Finland has seen the number of human trafficking victims triple in the last three years according to a new report from the Council of Europe’s Group of Experts on Action against Trafficking in Human Beings (Greta).

Greta reported that 572 victims — 53 of whom were children — received support from aid organizations from 2015-19. The majority of the victims were from Nigeria, Somalia, Thailand, Afghanistan, and Iraq.

A press release on the report noted that “the most common purpose of trafficking in human beings in Finland is labour exploitation, followed by sexual exploitation, forced criminality and forced marriage.” Traffickers have forced victims to carry out crimes include prostitution, theft and street begging, according to the group.

Greta said most work-related exploitation in Finland took place in the restaurant sector.

The topic of human trafficking gained attention in Finland earlier this year after daily Helsingin Sanomat reported on the organised, wide-scale abuse of employees in some Nepalese restaurants.

Despite the notable increase in cases, the group said Finland has made some progress in preventing human trafficking, such as “developing the legislative framework for combating trafficking in human beings, conducting research, raising awareness and providing training to a range of professionals, including health-care staff and social workers.”

Greta commended Finland for establishing a human trafficking shelter for women and children, but noted that it needed many more safe houses and services to help male victims of trafficking. It also called on the government to protect migrant children who have gone missing from its care.

“Greta urges the Finnish authorities to ensure that unaccompanied and separated migrant children arriving in Finland benefit from effective care arrangements, including safe and appropriate accommodation,” the group said.

“The police should systematically carry out investigations into disappearances of migrant children and strengthen follow-up and alert systems on reports of missing children.”

Who are these filthy pigs that traffic and then force these poor victims for sex, slavery and abuse!!! Why are these excuses of humans allowed to carry on this disgusting treatment of human beings JUST FOR DIRTY MONEY? Why are they not in prison already?