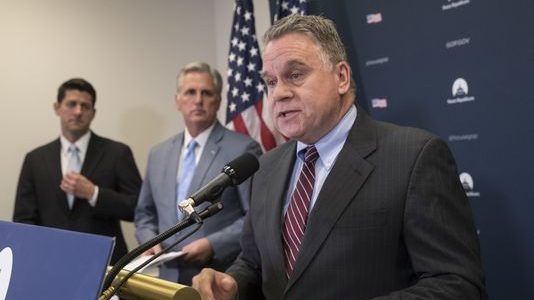 The House recently approved the nation’s most comprehensive law to fight human trafficking…and it was approved by a very rare bipartisan vote. The bill grants $520 million over a four-year span for programs that identify and aid victims and that prevents the crime from increasing.

The bill — called the Frederick Douglass Trafficking Victims Prevention and Protection Reauthorization Act — was introduced by Rep. Chris Smith, R-N.J., who has written several anti-trafficking bills in the past, and Rep. Karen Bass, D-Calif. It passed by voice vote with no recorded opposition. Programs covered by the act include educating children on how to avoid traffickers and training certain employers such as airlines on how to identify potential victims of trafficking. The bill also calls for both domestic and international efforts to combat trafficking and to prevent the sale in the U.S. of goods made by forced labor.

The new revised law has a greater focus on prevention. David Abramowitz, managing director for Humanity United commented: “Once a child or a woman is trafficked or exploited, the pain and suffering is so immense,” Abramowitz said. “By putting prevention at the center of this struggle, we can prevent this suffering from happening in the first place.”

Note that the National Human Trafficking Hotline received 26,727 calls in 2016 and 7,572 human trafficking cases were reported in the U.S. that year. Most cases in the U.S. go undetected according to the Department of Homeland.

House Speaker, Paul Ryan, said, “Human trafficking is one of the fastest growing crimes in the world, it’s a sinister enterprise that strikes at the very heart of our communities. This is truly a national problem, and that means it’s going to take a national effort to solve it.”

Over the past few weeks, the House has passed more than a dozen bills dealing with human trafficking, though the Frederick Douglass Act is the main bill that human rights activists have kept their eyes on. Speaking alongside Ryan, Smith said he was impressed with how seriously his colleagues were working to address the issue.

Smith added, “I’ve been working on human trafficking since 1995. Many people thought it was a solution in search of a problem. You’d say trafficking and their eyes would glaze over. This leadership…is making all the difference in the world — domestically and internationally – to mitigate this horror, this modern day slavery that disproportionately hurts women and children.”