Hong Kong Chief Pledges Support for Domestic Workers - FreedomUnited.org
This website uses cookies to improve your experience. We'll assume you're ok with this, but you can opt-out if you wish.Accept Read More
Skip to content
Back to Global News 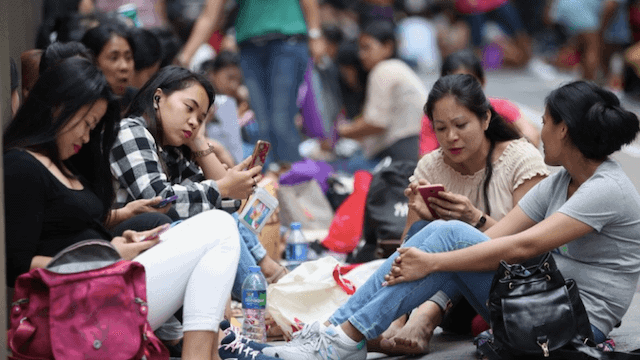 The Chief Executive of Hong Kong, Carrie Lam, has pledged to enhance government support for the city’s 380,000 migrant domestic workers, praising them for helping “unleash the potential of the local labor force.”

Her promise was welcomed by labor activists, including Eman Villanueva, a spokesman for the Asian Migrants Coordinating Body.

Still, he urged her to act sooner rather than later on her pledge so that her policy address would not “end up as one of the many empty motherhood statements made by Hong Kong officials in the past.”

In her speech, Lam said the presence of domestic workers allowed Hong Kong’s residents to make a “significant contribution to Hong Kong’s development”.

“To maintain Hong Kong’s attractiveness as a place of work and meet local families’ increasing demand for domestic workers, the government will continue to enhance its support for domestic workers and protection of their labour rights, and step up enforcement and prosecution against unscrupulous employment agencies,” Lam said.

He called on Lam to address workers’ immediate concerns, including raising their minimum wage to HK$5,500 a month. The level was raised to HK$4,520 (US$578) per month from September 29, which workers groups have labelled a “slave wage increase”.

Villanueva also urged the chief executive to amend the standard employment contract to include a provision of 11 hours’ uninterrupted rest, plus meal breaks, in between two consecutive working days.

Villanueva added that he would like to see the repeal of what is known was the “two-week rule” wherein a migrant worker is required to leave Hong Kong within two weeks after their contract is completed.

He said migrant domestic workers should also be given the right to live outside of their employer’s home.

“Only when these issues are rightfully addressed and resolved will their words of ‘praises and recognition’ become meaningful,” noted Villanueva.