Here's the Price of A Chocolate Bar Made Without Child Labor - FreedomUnited.org
This website uses cookies to improve your experience. We'll assume you're ok with this, but you can opt-out if you wish.Accept Read More
Skip to content
Back to Global News 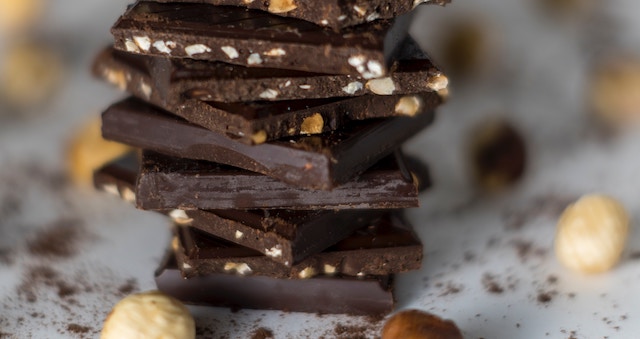 Here's the Price of A Chocolate Bar Made Without Child Labor

How much more would a consumer need to pay for a chocolate bar produced without the use of child labor?

It turns out, it’s only an increase of a few cents.

A new study published in the journal PLoS ONE, researchers found that increasing the price of cocoa by a mere 2.8% would provide farmers with enough income to hire qualified adult workers, instead of relying on children.

Take Action: See What You Can Do To End Modern Slavery

The cocoa industry in West Africa is notorious for its use of subjecting children to dangerous labor, spraying chemicals and wielding machetes to break open cocoa pods. The US Department of Labor estimates that some 2 million children in Ghana and the Ivory Coast work in the cocoa industry.

But the problem is complicated and driven by poverty. “There’s no black and white situation,” said Matthias Lange, the director of policies and programs at the International Cocoa Initiative. We aren’t talking about “kids in chains.”

Jeff Luckstead, an agriculture economist at the University of Arkansas, and his team wondered if price premiums were the best incentive for change. They wanted to find something that could keep kids out of the labor market without hurting the family farm’s income.

While West Africa’s labor issues have drawn substantial investment from international organizations, corporations and government, there was “not a lot of academic research.” His team constructed models to understand how increasing cocoa price could eliminate child labor without harming a family’s welfare.

“It’s nice to see that this is not that expensive,” says Luckstead. A 2.8 percent increase would elevate the price of a Hershey’s bar from $1.79 to $1.84, cocoa powder from $3.19 to $3.27. For consumer goods, it seems more than feasible. But Lange says it’s important to remember that chocolate and cocoa is a $100 billion industry, and $2.8 billion more dollars is a lot of money.

The danger of this assumption is that buyers of cocoa could simply switch to purchasing from other places if they didn’t want to hike the price of cocoa.

However, Luckstead says he hopes companies will see the opportunity to sell as good business opportunity. He and his colleagues will conduct follow-up study to see how willing consumers would be to pay more.

Akin to fair trade coffee, consumers might be willing to spend a bit more to ensure their chocolate is not made using child labor.

This is a no brainer. Pay out the extra money folks, but that’s assuming it helps this disgusting abuse of children, or will it go straight into the coffers of the chocolate manufacturers? Modern slavery, will only ever end when greed and exploitation of the poor ends. When parents are paid properly for a fair days work. When RESPECT FOR our FELLOW HUMANS OVERTAKES THE DISRESPECT currently exhibited.

This is more than just a child labour issue. If these boys weren’t in fields using machetes on cocoa fields what would they be doing instead to make money for their struggling family? Maybe be sold into the sex trade to support their family? It’s a much larger issue and needs to be addressed at its roots.

Child labor is deplorable but if the alternative is even deeper poverty for that child and that child’s parents, It is a lessor evil. During our Great Depression, less than a hundred years ago, my mother and father both went to work, As children, to improve the level of prosperity for their own families. Is the proposed “cure”, worse than the “ill” it proposed to heal? Perhaps the real cure is to pay the adult workers more, by doing some profit sharing with the workers. Oh NO! Cut profits for th

Fair trade is a partial answer as is ensuring schooling is available and training for decent work and … as long as profit is the only motive there will be troubles.