#HelpingNotHelping: JK Rowling urges students not to volunteer at orphanages - FreedomUnited.org
This website uses cookies to improve your experience. We'll assume you're ok with this, but you can opt-out if you wish.Accept Read More
Skip to content
Back to Global News 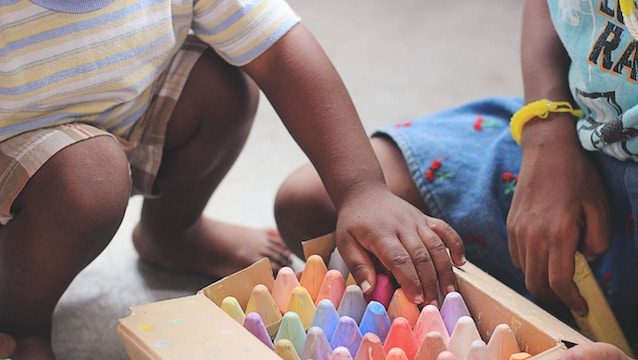 #HelpingNotHelping: JK Rowling urges students not to volunteer at orphanages

JK Rowling is calling of students to stop volunteering at orphanages based on the clear evidence that “orphanage tourism” is fuelling child trafficking and the separation of parents from their children.

“Despite the best of intentions, the sad truth is that visiting and volunteering in orphanages drives an industry that separates children from their families and puts them at risk of neglect and abuse,” she said speaking at the One Young World Summit in London.

Rowling, while being best known for authoring the Harry Potter books, is also the founder and president of children’s charity Lumos, which has been campaigning to find alternatives to orphanages for vulnerable children.

“Institutionalism is one of the worst things you can do to children in the world. It has huge effects on their normal development, it renders children vulnerable to abuse and trafficking, and it massively impacts their life chances,” said Rowling.

“And these dire statistics apply even to what we would see as well-run orphanages … The effect on children is universally poor.”

Huge numbers of volunteers, tourists and backpackers visit residential children’s institutions every year, creating a multimillion-dollar tourism industry that leaves children at risk of all forms of abuse, according to Lumos.

A campaign launched on Thursday by Lumos and YouGov suggests volunteers are largely unaware of the potential harm their visits can do. An estimated two-thirds of UK students believe volunteering at an orphanage overseas would enhance their CV or career prospects, and one in five have either visited or volunteered at an orphanage overseas – or know someone who has, the charity said.

Research from Lumos has found that the overwhelming majority of students were unaware that 80% of the 8 million children currently living in orphanages worldwide have at least one living parent.

Chloe Setter, Lumos’ senior adviser on anti-trafficking said that the organization would soon publish research on how children are being trafficked to orphanages in order to attract donations and volunteers from overseas.

“Many orphanages, in particular unregistered orphanages, are run like a business and it’s not a coincidence that they’re often located in tourist areas,” said Setter.

“What we see on the ground is families, and their children, being targeted by ‘child-finders’ who are sometimes paying them or otherwise encouraging them to give their child up to the orphanage for a ‘better life’, with education being one of the main reasons, usually because of poverty.”

Ruth Wacuka, a One Young World ambassador from Kenya, experienced this first-hand. She told the audience how she was placed in an orphanage in Nairobi by her parents, who thought she would get an education and be taken care of.

“The orphanage was next to a giraffe sanctuary, so you can imagine how many visitors we would get,” said Wacuka.

“They would come to the sanctuary to take photos of the giraffes and then come to the orphanage to take pictures of me. But children are not tourist attractions. They are not animals. They have lives and destinies.”

I also worry about the motivation of young people going to volunteer in these orphanages in order to make their cvs look good! I find this deeply disturbing!

Agreed. It’s shallow and thus might be partially why there has been such a rise in corruption regarding this issue, some being oblivious to the effects of their volunteering. It shouldn’t be why one volunteers, their cv, blech….that is gross. Volunteer because you love to give and want to help but maybe can’t do it full time.

That seems to be relatively trivial in comparison to the idea that children are being trafficked.

What an eye-opener! I had no idea! The devil was asked how he did all his evil. He replied, “business.” The business of greed.

Support the Black family! A similar situation in the US and the UK is happening in the care system. A disproportionate number of children in care are Black, and have usually been removed from parents against their will, due to structural inequalities, which result in poverty and mental illness etc.

Private fostering agencies are making an absolute financial killing because of this situation. Help families to cope better, don’t take away their children and sell them!

There might be some problems with some orphanages, but to paint them all as bad is pretty irresponsible. If I get another petition like this, take me off your list.

Hi Jay, Thank you for sharing your thoughts with us. With regards to our campaign to end orphanage trafficking, we are asking tour operators to stop offering placements in orphanages. Whilst they may be certain that the particular orphanages they are working are not linked to trafficking, by placing volunteers and attracting generous donations, it creates an incentive for traffickers to benefit from that economy in unscrupulous and poorly managed orphanages. We are not suggesting that all orphanages are involved in child trafficking but research shows that supporting communities instead gives children a much better outcome. Please let us know… Read more »

I agree wholeheartedly with this campaign. However I also know of some excellent orphanages, particularly one in South Africa, which are not run as businesses but seek to look after children orphaned by aids. These orphanages are also part of the local community and seek to benefit this too. The children are raised in “families ” complete with loving “mothers ” who really love and care for their children.
Would it not be better to promote such exceptions rather than having a blanket ban imposed

Again, agree. Making a broad statement that orphanages should stop all volunteering is unfair to the healthy ones. Another western snafu in an attempt to right the wrongs of the world as if it always knows best.