Ghanaian women in the global cocoa trade face forced labor, sexual violence - FreedomUnited.org
This website uses cookies to improve your experience. We'll assume you're ok with this, but you can opt-out if you wish.Accept Read More
Skip to content
Back to Global News 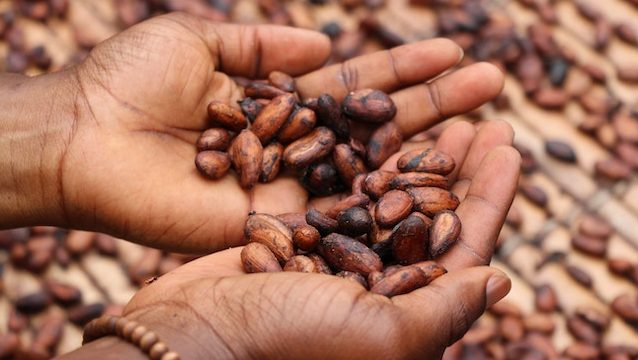 A team of researchers at the University of Sheffield have found that women working in the cocoa industry in Ghana face widespread exploitation, including forced labor and sexual violence.

The study from the Sheffield Political Economy Research Institute (SPERI) was published in the Journal of Development Studies, finding that many workers were victims of forced labor and faced going unpaid, underpaid, or having their pay withheld.

Professor Genevieve LeBaron, Director of SPERI at the University of Sheffield and lead author of the study, said, “This study has uncovered the brutal reality of life for workers in the cocoa industry’s supply chains – where business models are built on exploitation and inequality.”

“Until now very little research has been done into how gendered power relations and unequal societies make women more likely to face forced labour, low pay and abuse. This paper shows that to eradicate forced labour in the cocoa industry, governments and big international corporations must take gender into account.”

Using data gathered in 2016 and 2017 from 74 cocoa communities from Ghana’s two largest cocoa-producing regions, the Western and Ashanti regions, the researchers uncovered the ways in which gender shapes patterns of work and exploitation.

Factors such as gender norms and divisions of labour, payment practices and income inequalities, unequal land access, a lack of redress and access to justice, and household and family practices come together to render women workers disproportionately vulnerable to severe labour exploitation.

Where women work with their husbands on a farm, their spouse receives the payment for both of them, meaning wives do not always receive their fair share.

Farm owners seek to minimise costs by making deductions from workers’ pay for equipment, fertiliser, food and transportation. They impose fees and fines, sometimes creating situations of debt bondage, where they force workers to pay off fees through unpaid labour.

The researchers noted that farm owners prefer to higher men as permanent workers due to the belief that they can perform hard labor better than women. This then leaves women to take up more informal, precarious work that pays less.

Dr Ellie Gore, Global Challenges Research Fellow at the University of Sheffield and co-author of the study, said, “Our research shows how the business models of highly profitable companies rely on the exploitation of women workers.

“This isn’t happening due to a few rogue employers, it’s structural and industry wide. A spotlight should be put on labour conditions for women workers at the base of cocoa supply chains around the world.”

This tragic and unfair enslavement of women who not only earn a half of the income of men, but these women are also victims of rape!!