Hardest Countries on Earth for Young Girls - FreedomUnited.org
This website uses cookies to improve your experience. We'll assume you're ok with this, but you can opt-out if you wish.Accept Read More
Skip to content
Back to Global News 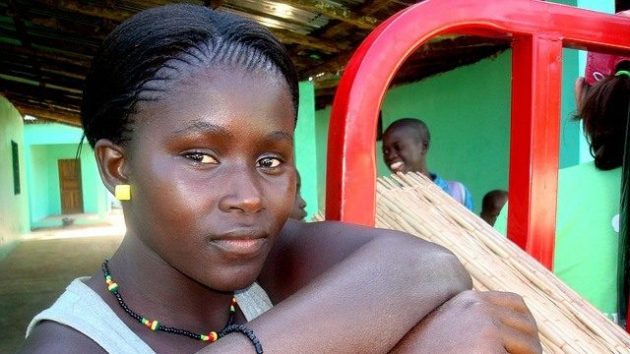 The lives of young girls are challenging in the worst countries on earth.  For example, Ramatou is only 13, and she starts every morning off by sweeping the backyard, cleaning up the dishes, and getting food prepared for her mom and seven siblings. There are times when she must skip the final task, because there is no food in the household.

What does she want?  An education.  To attend school is simply not a part of her routine.  It is not possible.

Ramatou will be lucky if she is not married off in a few years.  For her and other young girls in Niger, this is the stark reality of life in this country, one of the worse for young girls.

Last month, Save the Children released a report of the best and worst places for girls based on five indicators, including child marriage and adolescent fertility rates. Of the 144 countries analyzed, Niger came in last. The bottom 20 countries are all in sub-Saharan Africa.

In Niger, 76 percent of young women are married before they turn 18. On average, 1 in 5 adolescent girls gives birth every year, according to the report.

Both are major concerns, because of the tragic consequences.

Girls’ lives in such regions are very difficult.  Some parents can’t afford their child, so they decide to marry them off.  However, girls who marry are much more likely to drop out of school and are more susceptible to abuse and violence.  Poverty and underage marriage go hand-in-hand according to the World Health Organization.

Complications related to pregnancy and childbirth are the second leading cause of death for 15- to 19-year-old girls globally, according to the WHO. Babies born to young mothers are also at a higher risk of being stillborn or dying in their first few weeks of life.

Ramatou has been pressured to marry, and she has two friends who married last year.  Neither of those friends have children yet, but she knows of others who married and had children which caused them to develop fistula, a condition involving a rupture between the vagina and the rectum or bladder. It’s caused by prolonged obstructed labor and can leave a woman unable to pass urine and feces, according to the Fistula Foundation.

After her family began having financial difficulty, her mom tried to convince her to marry.  He father had a car accident and couldn’t work.  He and Ramatou’s mother separated.  Her mom and siblings moved in with Ramatou’s grandmother.  Her mother considered Ramatou a burden.  A man proposed and put up a dowry, but Ramatou stood her ground and refused. It was with the help and support of her father and Save the Children that she is surviving.

Even so, she faces numerous other challenges on a daily basis here in one of the hardest countries in the world for young girls.

Ramatou: “I wish I could go to school and get an education. It would allow me to develop myself, to have a job and help my family.”