Groundbreaking Play Shines a Light on Forced Marriage - FreedomUnited.org
This website uses cookies to improve your experience. We'll assume you're ok with this, but you can opt-out if you wish.Accept Read More
Skip to content
Back to Global News 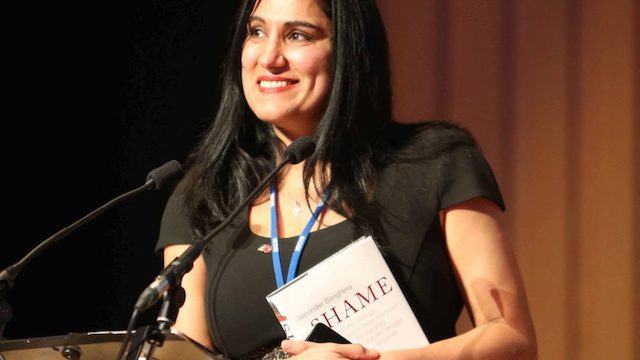 It may be a relatively hidden issue, but a new, groundbreaking play is hoping to shine a light on the crime.

Beyond Shame, which is based on real stories from both male and female survivors, was produced by Derby Theatre in partnership with Karma Nirvana, a charity that has been supporting victims of forced marriage and honor-based abuse since 1993.

“Our vision is to tour nationally to educate, prevent abuse and to spread the message of how cultural acceptance does not mean accepting the unacceptable.”

The mission of the new play is to raise the public’s awareness of forced marriages and highlight the challenges faced by victims that experience honour systems within their families.

Speaking to the BBC, Jasvinder explains that forced marriage “is often seen as a taboo subject because it’s one of those subjects where people get it mixed up with being part of culture”

“They don’t want to offend anybody or be called a racist,” she continues, “but it’s not acceptable – it is abuse.”

“We feel it is a very important time to be working in partnership with Karma Nirvana to co-produce this incredibly significant piece of theatre and to raise awareness of the issues explored within the piece as far and wide as possible.”

For Jasvinder, forced marriage is deeply personal. At 15 her parents took her out of school and held her prisoner in her own house in order to force her to marry a stranger in India. She ran away from home to escape the abuse, but managed to secretly contact her sister, who would eventually become a victim of forced marriage herself.

Like this case and the hundreds of others like it, there are real, often painful consequences to forced marriage. Yet through Beyond Shame, the producers also want to show young people that they are not alone — and that help is available.

Beyond Shame will begin on a regional schools’ tour to raise awareness amongst teenagers, who remain the most affected group.