Gabon Struggles to Stem Tide of Child Trafficking - FreedomUnited.org
This website uses cookies to improve your experience. We'll assume you're ok with this, but you can opt-out if you wish.Accept Read More
Skip to content
Back to Global News 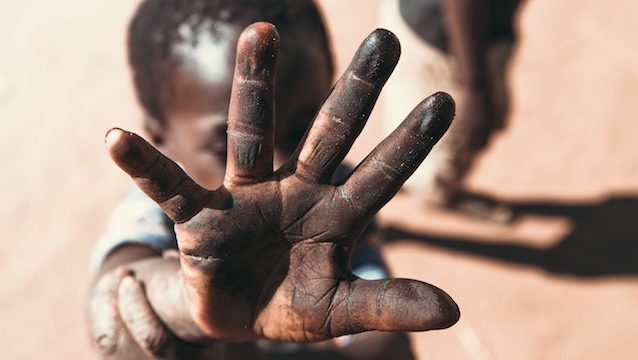 “My father didn’t want to sell me, but someone put a spell on my uncle and he persuaded my father,” recalled Senami.

The 13-year-old girl was bought in Benin, sent to the oil-rich country of Gabon where she was enslaved as a domestic servant to a “wicked” Beninese woman who only gave her scraps of food to eat.

“When she found that 100 CFA francs (15 centimes) were missing she beat me with slippers and then with a stick,” she said.

Another girl, Niakate Tene, was purchased by a man in Mali for 500 000 CFA francs ($884), and later forced to marry him. The police discovered her in her husband’s home, chained up and in tears.

These two girls — whose names have been changed — are just a couple of the hundreds of children trafficked to Gabon.

Recruitment for domestic work appears to be the most prevalent form but other types of labour include work in plantations, small trade, begging and soliciting.

The children survive on meagre portions of food and are generally made to sleep on the floor. If they are paid, the rewards are meagre, for the salary goes to the trafficker.

Many youngsters are brought to Gabon through perilous routes, sometimes on rickety boats on winding rivers.

“Six people died during our journey – we travelled on a dugout canoe for four days,” said Senami, who came to Gabon at the start of this year.

Michel Ikamba, a UNICEF official in Gabon, says that child trafficking in West Africa often involves a web of traffickers operating across borders.

Child trafficking has decreased in Gabon somewhat since the country introduced a law criminalizing the act in 2004.

However, a judge who spoke on the condition of anonymity, said that child labor is still seen as a “social tradition” by his peers. As a result, traffickers often try to bribe magistrates when they are caught.

“Some judges are turning this fight against child trafficking into a money making machine,” he said.