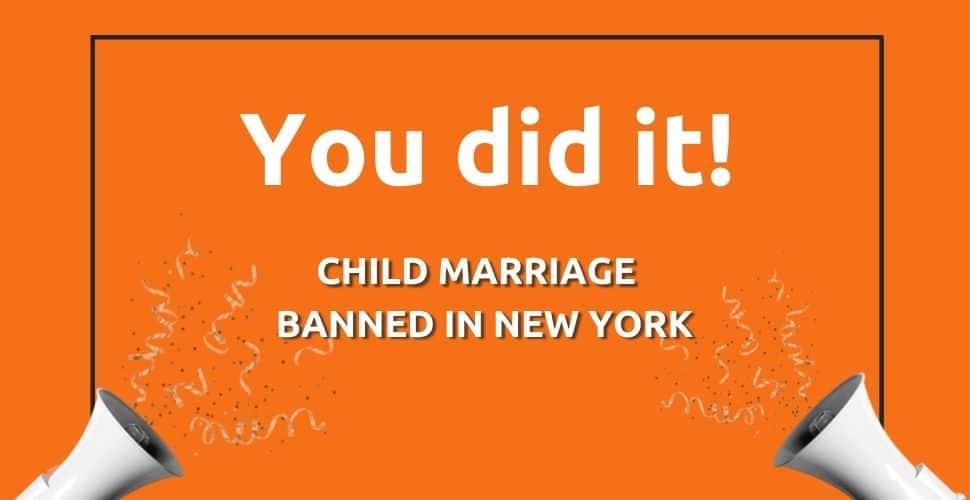 Last week, New York became the sixth state in the U.S. to ban child marriage after Governor Andrew Cuomo signed legislation that officially raises the legal age of marriage to 18 with no exception.

The Freedom United community helped power the fight against child marriage in New York, with our partners Unchained at Last and our allies in the New York Coalition to End Child Marriage, by sending memos of support to the legislature, collecting petition signatures and working directly with survivor advocate Fatemah to escalate the campaign.

Together, we built pressure by tweeting at Governor Cuomo to sign the bill into law just last month, demonstrating global public support for this legislative change.

We welcome New York joining Rhode Island, Delaware, Minnesota, New Jersey, and Pennsylvania in protecting children from forced child marriage but there is still work to do – child marriage is still legal in 44 states.