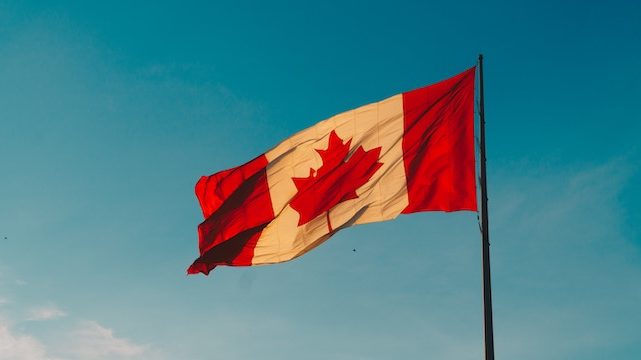 A bill to combat human trafficking in Canada’s most populous province is receiving pushback from sex worker advocates who say it could do more harm than good.

Ontario’s standing committee on justice policy will this week debate the Combating Human Trafficking Act, which the solicitor general says is intended to protect trafficking victims.

But Freedom United and other advocacy groups are urging the government to reject a bill which they say places too much emphasis on law enforcement.

The legislation would give police a range of new powers, including full access to hotel registries, the ability to enter places not classified as dwellings without a warrant, and steep fines for non-compliance.

Campaigners argue that sex workers—already frequently targeted by police—would be further endangered if the bill were to pass, particularly those from marginalized ethnic groups.

Sandra Ka Hon Chu of the HIV Legal Network notes that past anti-trafficking campaigns centered on law enforcement have resulted in the arrest and detention of sex workers, including by officers posing as clients.

Chu says in her experience speaking with sex workers, including a 2019 survey she co-authored, anti-human trafficking initiatives have been seen as “pretext to monitor and interrogate sex workers and discourage them from working.”

“One sweeping commonality amongst all the sex workers we interviewed was their experience of law enforcement as a source of repression, not protection,” she said.

Former and current sex workers have voiced their support of the advocacy groups fighting the bill, arguing that the bill unfairly targets them while claiming to protect trafficking victims.

“It’s going to over-capture, but it’s also going to over-police individuals who are not supposed to be the subject of  concern in this bill, which would be human trafficking victims,” [former sex worker and Indigenous Lawyer Naomi Sayers] told CBC News.

“This bill is framed as supporting victims and providing support to victims. But actually, what it ends up doing is diverting resources away from victims and human trafficking and diverts them towards the police.”

In our submission to the province’s Legislative Assembly on Thursday, Freedom United echoed the concerns of Chu and other sex worker advocacy groups and urged a rethink of the bill.

The erroneous conflation of consensual sex work and trafficking for sexual exploitation is common around the world; learn more about this important distinction here.

First thing is to get Sex workers out of the stone age, no matter how much punishment the law hands out for prostitutes, there will always be prostitutes. So any sensible law enforcement needs to legalize prostitution and control it to a certain area, make Sex Workers healthy by testing them once a month, and give them a place to entertain their Johns. This way the back ground of Sex workers can be known so those involved in Sex Trafficking cannot put someone without a license, as a Sex Worker.

I admit my total ignorance of this issue. I have been led to believe that sex workers are not exercising consensual activities. They are forced to work as sex workers by others who profit from their work they are not independent contractors with consensual rights. I certainly believe that we don’t need morality police for individuals who are exercising consensual rights. The police are given requirements that should not be asked of them thus the movement to defund them. Faith in your work.

If its paid for, it’s rape.

It’s exploitation of someone’s body, mind, and heart. A vulnerable person trapped and unable to get out.

“Consensual sex work” is just a polite euphemism for prostitution. Prostitution demeans both hooker and john and devalues a sacred experience between man and wife.

Decriminialization is surely better than methods that punish the vulnerable, but it is a nonsense to give the impression that just because a sex worker was not trafficked that they’re in that position ‘consensually’ and happily. Sex work is still a brutal, crushing reality for the vast majority of its participants around the world, which you will learn if you listen to survivors who have managed to escape it. So we must avoid pretending that decriminalization alone is enough to protect them.