Former Vatican Ambassador: Church Must Rid its Supply Chains from Slavery - FreedomUnited.org
Skip to content
Back to Global News 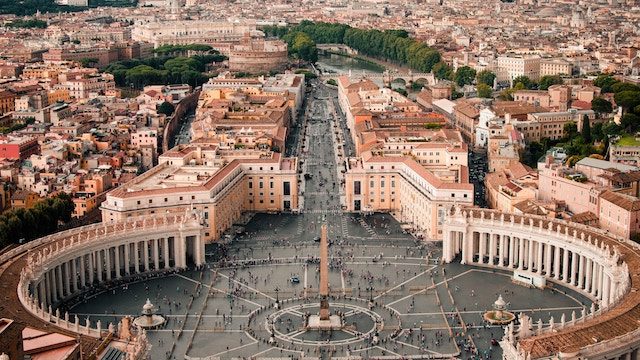 Speaking in the lead up to World Day Against Human Trafficking, the Pope reminded everyone that it was everyone’s duty to denounce and oppose the “shameful crime” of human trafficking that “reduces many men, women and children to slavery.”

By stepping up to fight human trafficking, the Catholic Church is also be helping a population Pope Francis is especially concerned about: the millions of vulnerable migrants, refugees, and displaced people who are the targets of traffickers. The link between migrants and trafficking is clear: in a statement from the consortium of Catholic humanitarian groups they write that stopping criminal networks of human traffickers requires states to establish “safe, legal and responsible migration pathways.”

In addition to helping migrants, one former ambassador to the Holy See from Australia, John McCarthy, Q.C., said that the Catholic Church could strengthen its words by taking action to root out slavery in its own supply chains.

During a visit to America’s offices in May, the ambassador said that the victims of modern slavery can be found in every country and every industrial sector, but notable high-risk sectors include construction, manufacturing and agriculture.

And because of the sheer extent of the supply chains that eventually reach Catholic institutions—a primary example in Sydney are the thousands of school uniforms manufactured in Asia each year for Catholic school children—the possible exposure of the church to modern slavery is enormous.

But, he argued, so is its capacity to respond to the problem, given the church’s size and reach.

Ambassador McCarthy urges the global church to take the lead on fighting modern slavery. By aggressively policing its own supply lines, the church could be an example for other large contemporary institutions to follow, he said.

The ambassador had been visiting the United States in an effort to publicize an effort by the Archdiocese of Sydney to get its own house in order. The church in Sydney has begun a pilot program aimed ultimately at ridding the archdiocese’s services, schools and parishes of slavery-tainted goods and services.

Archbishop Anthony Fisher, O.P., publicly committed the Archdiocese of Sydney to the new program, stressing that “We must demonstrate our own willingness to act where we can.”

Ambassador McCarthy says that the Catholic Church in Australia is both the largest employer and the largest procurer of goods and services in the country outside the public sector, meaning the Church has potential to create major change.

Furthermore, he pointed out that several Catholic-oriented enterprises, from investment funds to insurance groups, “have millions of dollars at their control, but they don’t have an anti-slavery policy.”

As Kevin Clarke from America Magazine posits, “What if all Catholic parishioners around the world were taught how to avoid products and services that have been connected to human trafficking and compelled labor?”