Forced Marriage: How the West Ignores Women's Rights - FreedomUnited.org
Skip to content
Back to Global News 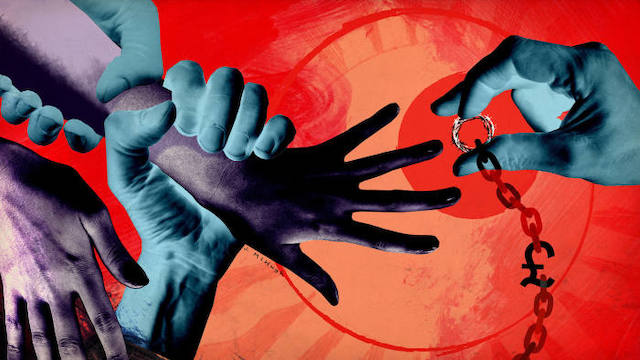 Over the holidays, some young women in Britain will have been promised trips back to their parents’ homeland, a vacation of sorts.

But the trips were anything but holidays; they were taken abroad for forced marriages, staged by their own families and under the premise that it would grant their new husbands a ticket for British citizenship.

In 2017, police in Somaliland found 25 young women from the US and Europe who had been incarcerated in a “correctional school” — all sent by their families to prevent them from become Westernized and to force them into marriages.

Incredibly, the UK Foreign Office charged four of the British girls found in the Somalian correctional school £740 each to cover their repatriation. Unsurprisingly, the girls have struggled to pay back these “rescue fees.”

Much outrage has been directed at the UK government for charging victims, but in an op-ed for the Financial Times, Camilla Cavendish, a senior fellow at Harvard Kennedy School, argues families should also take the blame:

It would surely be fairer to recoup the money from the families who arranged these appalling abuses. One might think that is the least they could do. For the true scandal is not that our hapless institutions are struggling to navigate these perilous waters; it is that parents in the US, UK and Europe are visiting barbaric medieval practices upon girls who are citizens of liberal, democratic states.

Child protection groups have been contacted by girls as young as 13 who are being threatened with forced marriage. They warn that some may become so desperate that they could take their own lives.

The uncomfortable truth is that we have entirely failed to vanquish these practices. In 2018 the Forced Marriage Unit, run jointly by the UK’s Home Office and Foreign Office, gave advice or support in 1,196 UK cases of forced marriage; 30 per cent of victims were under 18, half of those were aged 15 or under, and the vast majority were female.

Those cases are likely to be the tip of the iceberg — not least because girls are extremely reluctant to speak out.

One of the biggest challenges for these girls is the conflict between their desire for independence and family approval. It is extremely difficult for girls faced with forced marriages to report their own family to the authorities as there is a very real risk of being disowned.

In 2014, it became illegal in the UK to force someone into marriage. Yet to date, only three people have been prosecuted.

For Cavendish, it is high time to make it easier for victims to come forward to report forced marriages and to support their attempts to block visas for spouses they are being forced to wed.

“Where is the feminist outrage about these horrific abuses?” she writes.

“The Foreign Office needs to change its charging regime. But it is easy to blame governments. We need to start challenging the perpetrators, too.”