"Foot Dragging" as UK Goes Without Anti-Slavery Tsar - FreedomUnited.org
This website uses cookies to improve your experience. We'll assume you're ok with this, but you can opt-out if you wish.Accept Read More
Skip to content
Back to Global News 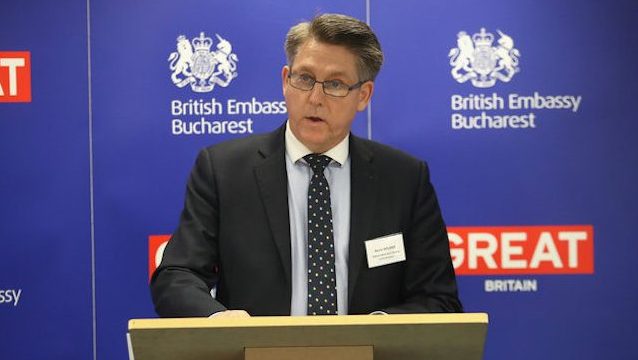 Theresa May has been accused of dragging her feet on the appointment of a new anti-slavery commissioner as it has been revealed that the post will sit vacant for six months.

Kevin Hyland, the former independent anti-slavery commissioner, stepped down in May, complaining that his independence from the government “felt somewhat discretionary.”

Campaigners say this key post must be filled as soon as possible, especially given that the UK saw a 300% last year in the number of modern slavery victims referred for support.

Critics note that May’s recent pledges to tackle human trafficking during her visit to Nigeria fly in the face of her efforts back home.

Stephanie Peacock, Labour MP for Barnsley East, said May’s pledge to African nations to tackle the crime stands “in stark contrast to her ministers’ foot-dragging” and that the Government’s track record on public appointments “simply does not inspire trust”.

She said: “To lose one independent commissioner might be unfortunate, but to have two entire commissions vacant for the best part of a year starts to look careless.

“They give every impression that they’d rather dodge independent scrutiny than welcome it, and no wonder when the Tory austerity is so badly damaging the very services that tackle modern slavery, protect the vulnerable and support the victims.”

Peacock called on the new anti-slavery commissioner to make a priority of ensuring victims were given access to free education – something she has said Home Office bureaucracy was blocking.

This isn’t the first time the UK government has been criticized for its failings to support victims of modern slavery.

The Public Accounts Committee, a spending watchdog, called out the “extreme” gap between the high number of victim referrals and the relatively low number of prosecutions. It added that victims wait far too long to receive help.

A spokesman for the Home Office explained that it is working on finding Hyland’s replacement.

“A recruitment campaign is currently underway for a new Anti-Slavery Commissioner who will work alongside Government and its partners to effectively tackle modern slavery both nationally and internationally.”

“It is important we appoint the right candidate for this role to ensure effective work continues on the prevention and detection of modern slavery.”