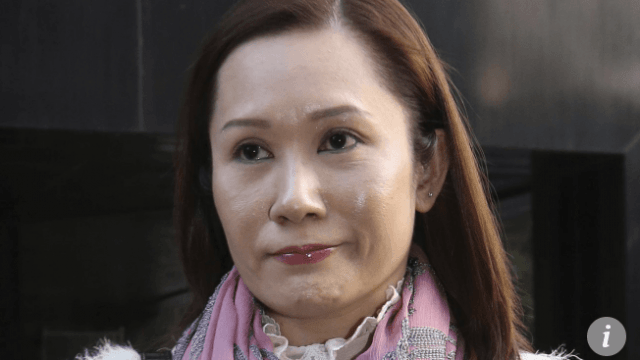 Law Wan-tung, the same Hong Kong woman who was jailed for torturing domestic worker Erwiana Sulistyaningsih, has now been ordered to pay damages to a second victim.

On Monday, a district court ordered Law Wan-tung to pay HK$170,000 in damages to Indonesian domestic worker Tutik Lestari Ningsih. This now adds to the HK$809,430 in damages which Law Wan-tung owes to Erwiana Sulistyaningsih.

Fresh details of the abuse emerged earlier this month, when Tutik’s counsel Tony Ko revealed that she was imprisoned in Law’s Tai Kok Tsui flat for 346 days from April 2010, during which time she was only paid HK$6,000 to work 20 hours a day with no holidays.

But she was forced – by Law slapping her – to sign papers confirming she had received wages and compensation for holidays, and told to keep quiet about the abuse with threats to kill her and her family.

Her luggage and personal belongings, including her phone, were also locked up by her then-employer.

Tutik had only left her workplace unaccompanied once, but not without being told that Law would be tracking her.

Judge Liu Man-kin accepted Tutik’s evidence of abuse before handing down the ruling, saying “The defendant has completely deprived the plaintiff’s liberty.” He added that Tutik was entitled to aggravated damages because “proper feelings of pride and dignity had been injured” by Law.

The total damages awarded to Tutik include HK$100,000 in aggravated damages for false imprisonment and another HK$70,000 for common assault.