Elgin Woman Advocates for Trafficking Victims at U.S. Capitol - FreedomUnited.org
This website uses cookies to improve your experience. We'll assume you're ok with this, but you can opt-out if you wish.Accept Read More
Skip to content
Back to Global News 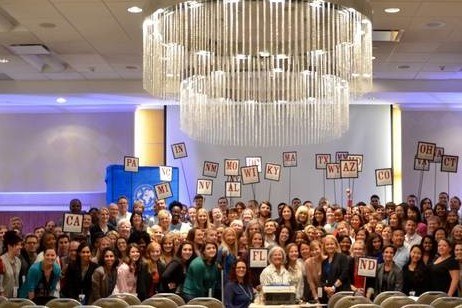 Colleen Anderson is an Elgin resident who recently went to Washington D.C.–one of 300–to attend meetings with the Illinois congressional delegation.

Elgin, IL–Colleen  took part in a day of advocacy organized by an agency called International Justice Mission. Attendees met with congressional leaders in order to build support for  U.S. investments against slavery abroad. Sen. Bob Corker from Tennessee introduced an act–the End Modern Slavery Initiative Act of 2015.  It aims to reduce slavery by 50% in partner countries. The bill has passed the Senate Foreign Relations Committee and now needs to be approved by the full Senate. Anderson delivered a letter signed by more than 600 faith leaders.