Domestic Workers Enslaved in Saudi - FreedomUnited.org
This website uses cookies to improve your experience. We'll assume you're ok with this, but you can opt-out if you wish.Accept Read More
Skip to content
Back to Global News 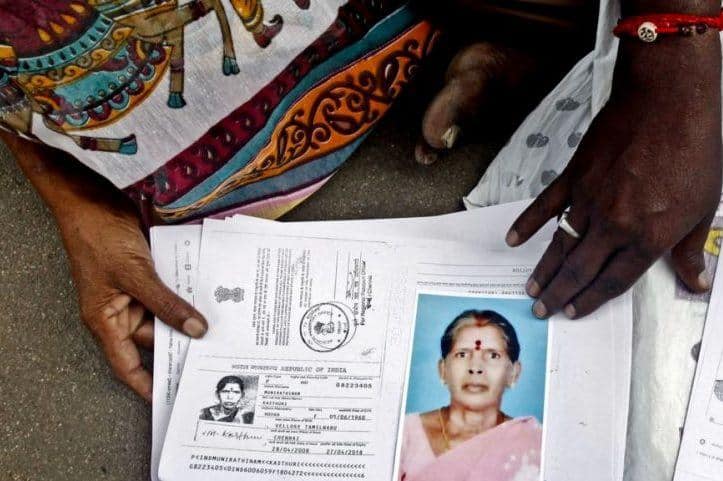 Experts believe that domestic workers in Saudi who are held as slaves is still widespread.  Although authorities claim steps are being taken to improve such exploitation…

Kasthuri Munirathinam was a domestic worker in India who escaped from Saudi Arabia: “I thought they would kill me. I had to escape. I wasn’t given enough to eat. They had my wages, my passport, my phone.”

“She had been in Saudi Arabia for just two months, one of thousands of Indians heading to the Gulf states every year for work, but was terrified she would never see her family again,” Anuradha Nagaraj reported.

Last September, news of Munirathinam’s daring escape from a second floor apartment went viral. Her employer chopped off her hand during her efforts to free herself, an injury that would ultimately require the amputation of her arm. Unlike Munirathinam, many other workers remain imprisoned by their Saudi employers. “Munirathinam’s widely reported story has put a human face to the dilemma faced by many Indian workers, particularly women – whether to leave their villages to take up jobs overseas paying up to three times more than in India but putting their fate in the hands of recruitment agents,” wrote Nagaraj.

Even though Saudi’s human rights violations continue, the U.S. removed them from a blacklist of countries last year.  Cuba and Malaysia, were removed from the list at the same time. Some suspect a political motive was involved.

Jesse Byrnes wrote last July for The Hill: “Removing Cuba and Saudi Arabia also opens up the U.S. to political attacks, as the Obama administration has made overtures to normalize diplomatic relations with Cuba and push for a nuclear deal with Iran, a regional rival with Saudi Arabia. Moving up one tier indicates that while the countries may still not be complying with minimum standards, they are making significant efforts to meet them, according to the State Department.”

Nagaraj reported… “A migration survey by the Tamil Nadu state government released in 2015 showed that a migrant spends an average of 108,112 rupees ($1,600) to a secure a job overseas, with half going to recruitment agencies and the rest for visas and travel. But the survey of 20,000 households also revealed that 39 percent of women and 21 percent of men who work abroad reported not receiving the promised wages.”

And in September, Middle East Eye documented at least 900 Mauritanian workers who were enslaved in Saudi Arabia, “where they are trapped working in jobs they did not sign up for.”

To read the entire article about domestic workers enslaved in Saudi, click on the link below.

Domestic Workers Remain Enslaved In Saudi Arabia: ‘I Thought They Would Kill Me’