Disturbing Increase in Trafficked Children - FreedomUnited.org
This website uses cookies to improve your experience. We'll assume you're ok with this, but you can opt-out if you wish.Accept Read More
Skip to content
Back to Global News 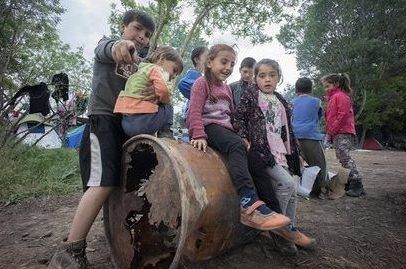 A disturbing increase in the numbers of trafficked children used for both labor and sexual exploitation increased last year by 46%. The National Crime Agency identified 982 cases in 2015 compared with 671 in 2014…

Barnardo’s is a charity that established projects in London and Hampshire and provides support to trafficked children.  They said the youngest of the 200 it cared for last year was five-years-old.  Most of the children, they said, came unaccompanied from Europe.

It is not clear why the rise in numbers, but it could be due to increased reporting and awareness.

The NCA’s figures represent the total number of potential child victims of trafficking and, while broken down by nationality, does not include a breakdown of asylum status. However, children’s charities say there is a clear crossover between rising numbers of vulnerable refugee children coming to Britain via Europe and those being trafficked. Albanian, Vietnamese and British were identified as the most common nationalities of children trafficked or at risk of being trafficked, a similar pattern to last year. The NRM identifies potential victims, considered provisional until cases are concluded. But a sharp increase in the number of referrals of children from Eritrea, up 133% to 46 cases, in addition to anecdotal evidence of where referrals are coming from, has raised further concerns over child protection failures of refugees in Europe.

Child refugees are very vulnerable to traffickers. A proposal by Lord Dubs recently asked Britain to take in 3,000 child refugees stranded alone in Europe.  There was a weaker version of the amendment passed by the House of Lords, but it was defeated in the Commons last week.

Some say the increase in numbers may just be an underestimate.  Hannah Stott who is with Barnardo’s, said the majority of the 200 trafficked children looked after by the charity in 2015 were unaccompanied, aged between 13 and 16, and came via Europe. Most had been subjected to sexual exploitation or labour exploitation, including forced criminality, and some both. The organization said that one of the children in its care had been forced to transport firearms.

She said, “A lot have come through the ‘Jungle’ camp in Calais and others have flown to airports around the country.  The point is, we don’t know, the government don’t know, across the EU how many have been trafficked.  Children who are unaccompanied asylum seekers are incredibly vulnerable, they are alone, often traumatised by what has happened to them, they often have no money and need to find ways to get by, they are moving through places they don’t know and have left behind everything they do know. They can fall prey to all sorts of unscrupulous people.”

To read the entire article about this disturbing increase in trafficked children, click on the link below.