UN Children's Fund: Disturbing Figures - FreedomUnited.org
This website uses cookies to improve your experience. We'll assume you're ok with this, but you can opt-out if you wish.Accept Read More
Skip to content
Back to Global News 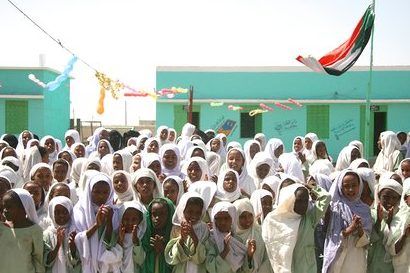 The UN Children’s Fund released figures this week that indicate nearly a forth of all school children in the world are living in crisis-affected countries. Their youth is being stolen, there’s no safe places, and their village schools have been attacked or taken over by armed forces…

These figures by the UN Children’s fund are disturbing, and the author of this article says:

One thing I know from my 30 years spent reporting in war zones is that in modern armed conflict it is the children who are exceptionally vulnerable. They lack the means of self-defence or escape. Many are orphans. Some are recruited as child soldiers. And when they are demobilised they are all too often re-recruited. In Nigeria the fanatics of Boko Haram have gone from kidnapping children to killing teachers and now to attacks on schools, which are left in ruins. Again, it is the children who pay the price. If they are lucky, they will be taught in a tent in a refugee camp, or even under a tree. If unlucky, they will not be taught at all.

Syria, South Sudan, and Yemen are in the headlines, spotlighting the issue of uneducated children.  It is a right, just like food and shelter and safety.

Some 53 countries, led by Norway and Argentina, have endorsed a declaration outlawing the destruction of places of education. The UK has not endorsed it.  Do the British armed forces intend to take over schools and turn them into barracks? Of course not. But when Philip Hammond moved from the Ministry of Defence to the Foreign Office he brought with him a largely unexplained scepticism about the safe schools declaration.

This article contends this is not a radical initiative.  Neither does it need to be controversial. It all started in 2015 in Oslo at an international conference.  It reads;  “educational facilities have been used by parties to armed conflict as, inter alia, bases, barracks and detention centres … In many countries armed conflict continues to destroy not just school infrastructure but the hopes and ambitions of a whole generation of children.” The declaration ends with a proposal to protect victims and to punish those responsible under international law.

The UK is a permanent member of the UN security council.  As such, it should use its status to persuade other nations to sign up…if, indeed, it supports the declaration.

To read the entire article about the UN Children’s Fund, click the link below.  [By Martin Bell]