Disney, Fisher-Price Doll Factory Under Investigation - FreedomUnited.org
This website uses cookies to improve your experience. We'll assume you're ok with this, but you can opt-out if you wish.Accept Read More
Skip to content
Back to Global News 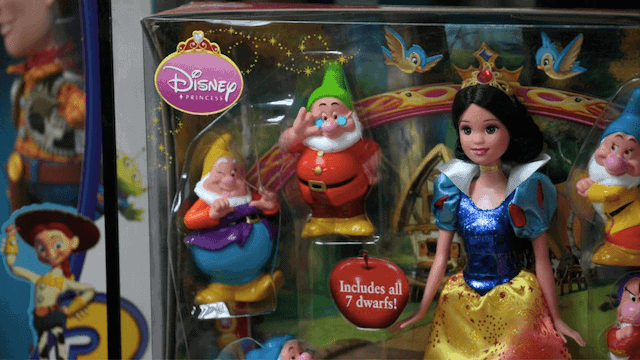 A factory in China producing Disney and Fisher-Price dolls is the subject of a new investigation as it has emerged workers were subjected to labor exploitation.

Human rights groups Solidar Suisse and China Labor Watch first uncovered the abuses, finding that employees at the toy factory in Heyuan, China were working illegal overtime, receiving no holiday or sick pay, and earning less than 1 pound ($1.27) per hour.

The abuses are all the more concerning because the Wah Tung factory had previously been certified by a responsible sourcing scheme, the Ethical Toy Program (ETP).

Disney and Mattel are members of the ETP, which says it certifies and audits about 1,200 toy factories worldwide for more than 1,000 brands and retailers with the aim of improving workers’ lives and raising labour standards across the industry.

“We take the issues raised by China Labor Watch (CLW) very seriously and have launched our own investigation, we will quickly and effectively address any issues identified which are in breach of our standards,” said ETP spokesman Mark Robertson.

“This investigation will include a review of each CLW allegation, an analysis of existing audit data, factory visits to investigate allegations, and follow-up meetings with factory management,” he said in a statement.

Workers at the factory make a Princess Ariel doll – from Disney’s animated tale “The Little Mermaid” – which sells online for 35 pounds, yet receive an average of just 1 pence per toy, said the Guardian newspaper which first reported the story.

Joanna Ewart-James, executive director of Freedom United, explained that while these findings are concerning, they are not surprising, adding that consumers need to challenge companies that exploit workers in their supply chains.

“It might be uncomfortable, but I hope this Christmas we as consumers think about who is behind the gifts we buy for our loved ones,” he said.

“(We must) start demanding that businesses do much more to make sure human misery doesn’t fuel the products they sell to us,”