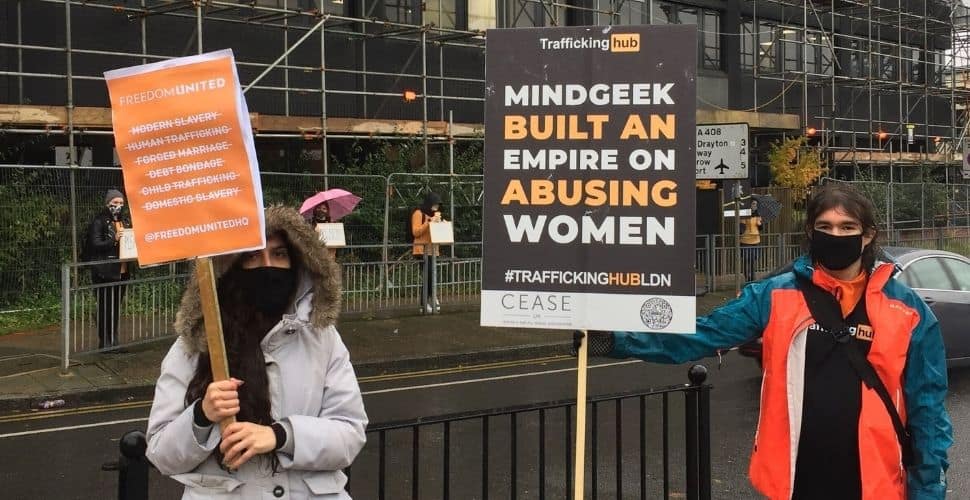 Along with the broader Traffickinghub campaign and a high-profile New York Times investigation, our community was able to create the necessary pressure for the companies to take action.

“We require our financial institution partners to monitor for and prevent card acceptance at merchants that allow illegal or any other prohibited activities that violate our operating standards,” Discover said in a statement. “When Discover determines merchants are offering prohibited activity, we promptly terminate card acceptance through the offending merchant’s financial institution.”

The National Center on Sexual Exploitation (NCOSE), which has been vocal on the issue, applauded the credit card companies and said the move was “the right decision to finally cut ties with a profiteer of rape.”

We’re grateful to everyone who helped achieve this victory by asking Visa, Mastercard, and Discovery to stop facilitating a company that profits from trafficking.