Detainees Condemn San Diego CoreCivic Facility - FreedomUnited.org
This website uses cookies to improve your experience. We'll assume you're ok with this, but you can opt-out if you wish.Accept Read More
Skip to content
Back to Global News 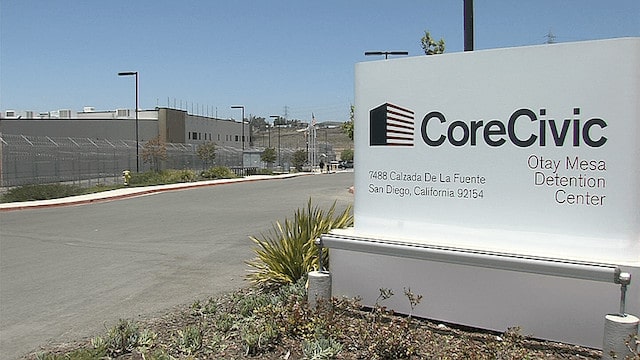 More than 70 people held at the CoreCivic Otay Mesa immigration detention center in San Diego have signed a letter condemning abuses at the site.

According to Freedom for Immigrants, inmates were faced forced labor, medical neglect, safety issues, racism, and discrimination. One man said he was forced into working extra shifts at the facility for just $1 a day. Another detainee was called a ‘wetback’ by a guard.

“This alarming pattern of neglect and abuse thrives in an environment where secrecy and isolation are the status quo, otherwise known as the U.S. immigration detention system,” said Cynthia Galaz of Freedom for Immigrants.

CoreCivic denied the allegations made about conditions in its facility.

“Otay Mesa opened in 2015 and is a state-of-the art, LEED Silver certified facility that provides a safe, appropriate environment for detainees,” said Amanda Gilchrist, spokeswoman for the company.

“It is independently accredited by the American Correctional Association and is monitored on a daily basis by onsite ICE officials.”

An Immigration and Customs Enforcement official said that Otay Mesa Detention Center scored 100 percent for the third time in a row on its annual audit last month.

This isn’t the first time CoreCivic has come under fire. Just last week, a group called Detainee Allies issued a report based on dozens of letters they received from detainees.

Detainee Allies is now lobbying California Attorney General Xavier Becerra to review the Otay Mesa facility. He is due to issue a report to the state legislature about immigration detention conditions in California by March.