Detained Migrants, Refugees in Libya Forced to Back Militias - FreedomUnited.org
This website uses cookies to improve your experience. We'll assume you're ok with this, but you can opt-out if you wish.Accept Read More
Skip to content
Back to Global News 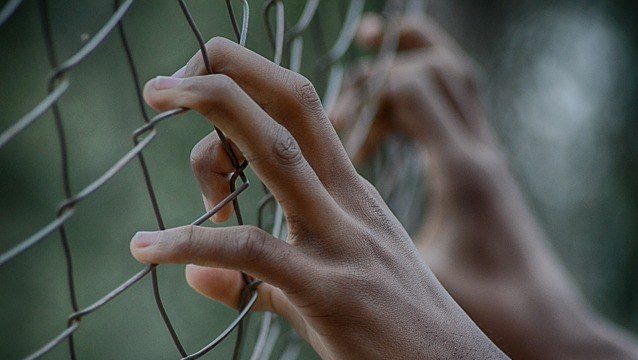 Detained Migrants, Refugees in Libya Forced to Back Militias

“Tonight nobody will sleep because of fear,” said a refugee locked inside a migrant detention centre in southern Tripoli.

“We can hear the sound of guns and explosion of bombs very close to the detention centre.”

As General Khalifa Haftar orders Libyan National Army forces to advance on Tripoli, where the UN-backed Government of National Accord (GNA) sits, refugees and migrants in the capital are worried that they will be forced to support militias backing the GNA.

It’s a bold charge and one that would constitute a war crime.

Since Haftar’s advance began on 4 April, migrants and refugees in three detention centres have told the Guardian they were taken out of locked halls and ordered to carry and move weapons, with some transferred to military bases around the city. In a fourth centre, detainees said people had been taken away by fighters, but they don’t know what’s happened to them.

“The police and soldiers force migrants to do cleaning work and load weapons. They [tell] migrants that if you know how to shoot a gun we will make you stay with us,” said one migrant who messaged the Guardian using a hidden phone.

The Guardian has also been sent photos of migrants wearing what appear to be military uniforms.

“We even washed the cars that were full with the blood of the soldiers who were killed on the war front,” said another detainee. “They put the dead bodies in the military cars. I’m not feeling good but I don’t have a choice here.”

“Forcing civilians to stockpile weapons in a warzone counts as abusive forced labour, is unlawfully cruel, and puts them at unnecessary risk,” said Judith Sunderland, associate director for the Europe and Central Asia division of Human Rights Watch.

“Making them wear uniforms suggests they are being used as hostages or human shields, both of which are war crimes.”

Around 6,000 refugees and migrants are currently being held in detention centers that are supposed to be controlled by Libya’s directorate for combating illegal migration. Yet, in reality, many of these centers are run by militias.

Detainees say the EU is partly to blame for turning a blind eye to the abuses. The EU is currently spending millions of euros to train the Libyan coastguard in order to stop migrants from reaching Europe.

“They know what is going on in the Libyan detention centres but the EU pretend like they don’t know,” said one detainee.

“Libya is not the right place or safe place for refugees and migrants to stay. They should stop bringing back those who tried to cross the sea.”