Detained Asylum Seekers in "Slave Labor" Scheme - FreedomUnited.org
This website uses cookies to improve your experience. We'll assume you're ok with this, but you can opt-out if you wish.Accept Read More
Skip to content
Back to Global News 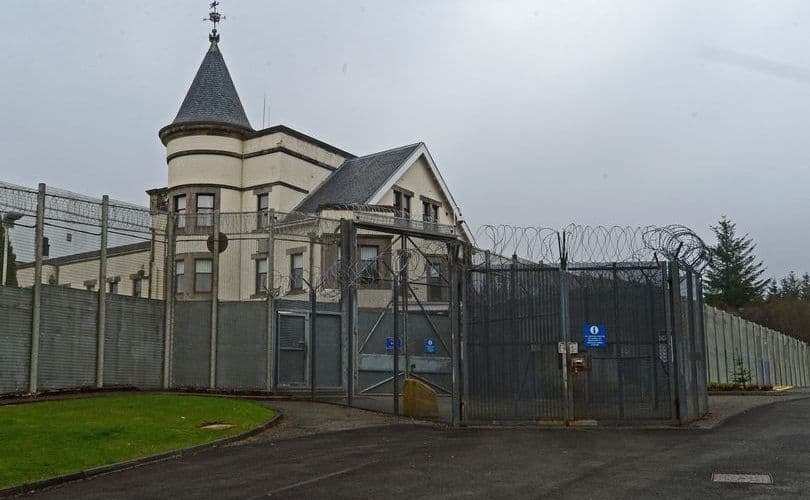 An American private prison company, GEO group, is paying asylum seekers detained in Scotland a mere £1 an hour in wages for working at a detention center. GEO runs the Dungavel immigration removal centre in South Lanarkshire, where 249 men and women are being detained while the Home Office decides their asylum applications.

Sixty-four of the detainees are currently working up to thirty hours a week at the prison, doing jobs including cleaning, trash removal, laundry, food service, and others that are vital to the facility’s upkeep. Current calculations estimate that if the prison had paid them the minimum wage, it would have had to pay them £727,607 more.

The Daily Record reports that GEO Group defends its practice, explaining that detainees do not have to pay to live in the prison:

GEO defended the scheme, which is endorsed by the Home Office, telling the Daily Record that “Detainees do not have to pay for their living costs, as do people earning minimum wage in the community.”

The company added: “We usually have a waiting list of detainees wanting to take work opportunities, which shows that the scheme is popular with them.”

Lawyer Toufique Hossain, who is representing some of the asylum seekers in their legal challenge, says his clients have no real choice in this scenario. “Men and women deprived of their liberty, in a position of powerlessness, are forced to carry out unedifying jobs for next to nothing by the circumstances which have been imposed on them. If this isn’t slavery, I don’t know what is,” he said.

The Home Office responded by saying the labor scheme does not constitute forced labor: “The opportunity for detainees to engage in this scheme is entirely voluntary and provides constructive and purposeful activity. Paid activities is not a substitute for the work of trained staff.”

GEO Group is currently embroiled in legal battles in the United States as well, where the attorney general in Washington state is suing GEO for paying immigration detainees $1 in wages, instead of the $11 a day minimum wage.

Another guise of privatisation and American! It is shameful and exploitation almost as a punishment for being here seeking asylum.

If “Paid activities is not a substitute for the work of trained staff” then who would otherwise do the tasks that detainees do for £1/ hour? Anyone else doing those essential jobs would have to be paid at least minimum wage. It’s true that detainees aren’t paying for living costs, but they aren’t free to leave the centre and don’t get better accommodation than detainees who don’t work. They can’t spend the money they earn on whatever they want as they can’t go out.

Why should they pay for living costs when they are being ‘detained’ in the centre. Do criminals in prison get paid the same for their work? These are people with ‘get up and go’ , or they would not have undertaken the arduous and dangerous journey to escape conflict, rape and poverty. Of course hey will wish to do something to make their lives better and avoid boredom. Taking advantage of this we see the ugly face of Capitalism once more.

This is in breech of the law.
If they work they should be paid the national UK minimum wage

This is an almost precise model in operation within UK Immigration removal centres.