Sex Traffickers Claim ‘Cruel & Unusual’ Sentence - FreedomUnited.org
This website uses cookies to improve your experience. We'll assume you're ok with this, but you can opt-out if you wish.Accept Read More
Skip to content
Back to Global News 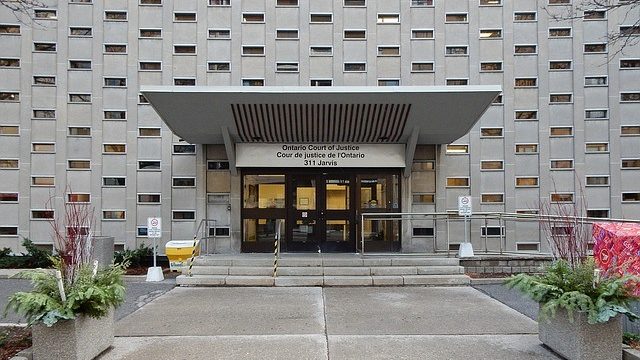 “Cruel and unusual punishment” is what two men who pled guilty to trafficking two teenage girls for the sale of sexual services in Ontario, Canada, claim their four-year prison sentences are.

Lawyers for Minas Abara, 20, and Nicholas Kulafofski, 19, are challenging the mandatory minimum sentence of four years while Assistant Crown Attorney Bianca DiBiase is calling for sentences of five to eight years.

Abara’s lawyer has claimed that the four-year prison sentence could result in ‘trauma’ to his client.

Abara and Kulafofski’s lawyers are arguing the mandatory minimum sentence set out in the Criminal Code of Canada violates the men’s right to be free of cruel and unusual treatment or punishment, a right in the Canadian Charter of Rights and Freedoms.

Kulafofski’s lawyer, Frances Brennan, suggests the judge impose a sentence of 15 to 18 months in jail and two years probation for her client.

Abara’s lawyer, Chris Uwagboe, said the penitentiary term of four years “would have an irreparable effect” on his client.

“The loss of freedom, and separation from family and society at such a young age would be a trauma that (Abara) may never recover from,” Uwagboe wrote.

DiBiase’s submission to the court stated that Abara and Kulafofski controlled the girls’ “’schedule, what sexual acts (the victims) would perform and the price for each sexual service.’” The sex traffickers’ victims were 14 and 17 at the time of their trafficking.

A judge will consider arguments, sentencing submissions and victim statements prior to making a decision on the sentences.

What about the trauma they caused to all their victims. That’s a gift that will keep on giving for years. Sorry fellas but if it was up to me you’d have gotten double.

They deserve a much longer sentence. Women are not objects and I’m sure they were terrorized by these horrible men.

Cruel and unusual these people should be locked up for at least ten years no thought for the victims and their trauma. They only saw objects not people and the money they hoped to get. Ten years please.

So the irreparable damage to these girls, who were abused, doesn’t matter? The trauma they have endured is definitely something from which they will, (not may) never recover. Male lawyer; what would he know of being raped? Some men just don’t get it, do they. They don’t get what a total violation of another’s very being, sexual abuse is.

These poor girls will suffer for the rest of their lives, and they complain about FOUR YEARS, should be FOUR YEARS FOR EACH GIRL.