The College Cleaner No One Knew was Enslaved - FreedomUnited.org
This website uses cookies to improve your experience. We'll assume you're ok with this, but you can opt-out if you wish.Accept Read More
Skip to content
Back to Global News 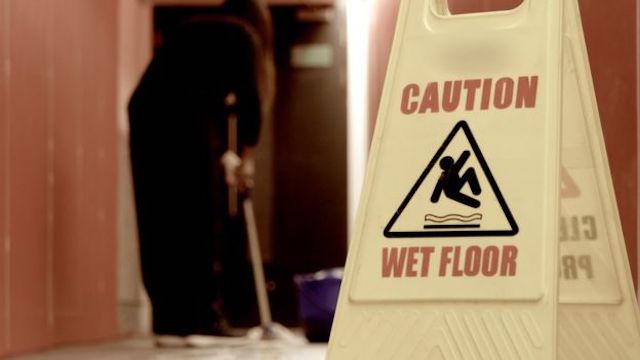 The College Cleaner No One Knew was Enslaved

It’s 9AM and Sara watches the students arrive at school as she mops the floor. She looks at them wishing that she too could continue her education, but at this point she’s already been at work for six hours. And her shift — with no breaks — won’t end until 11PM.

She won’t receive a penny for her work.

Sara may work in plain sight of teachers, students, and staff, but none have realized that she’s a victim of modern slavery. And Sara’s not going to tell them — her traffickers warned her that if she tells anyone they will kill her children back in her home country.

“As a mother, how could I ever forgive myself, if I saw my children killed?” she said, feeling trapped.

The BBC spoke with Sara about her treatment:

We are not using [Sara’s] real name as her traffickers are still at large, possibly in the UK.

Sara was first enslaved aged 16 by her husband, whom she had married days earlier, and was forced to work both in her home country and the UK.

She was a slave for more than 20 years.

Her feet had become swollen and bloody, she had developed arthritis from years of hard labour, and she was constantly tired and depressed.

But, fearing the death of her children, she put up with the conditions – and decided to flee only when she felt she had no other option.

At that stage she had become unable to walk – her legs black with bruises after falling over at work – and had, in effect, been left to die by her traffickers.

Finally, with the help of a friend she contacted the Home Office who helped get her to a safe house with the assistance of the Salvation Army and Black Country Women’s Aid.

Anne Read, from the Salvation Army, says Sara’s story “powerfully demonstrates the awful truth that modern slavery is taking place under our noses in every corner of the country.”

Sara is hoping that she can one day go to university, though she is still separated from her children who are back in her home country.

“I want to go back to my home country and be with my children. But if I did, I would put us all in danger,” she says. Her husband — the one who trafficked her to the UK — is back there too.