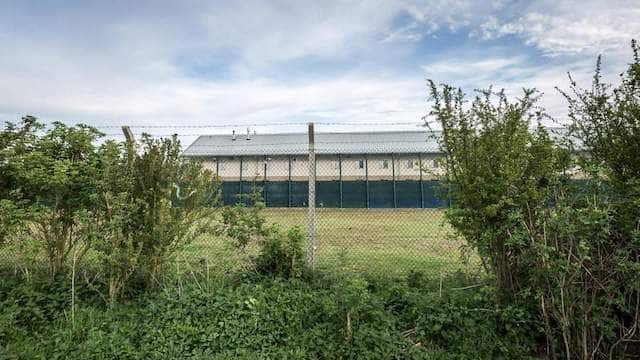 The UK is admitting that it wrongfully detained a Chinese woman who was a victim of human trafficking, locking her up for six months in the infamous immigration detention center, Yarl’s Wood.

The victim was detained during a police raid on a brothel in Yorkshire in 2016. She had expressed concern about paying off large debts, had no passport, and had no friend of family in the country. All of these are potential indicators of trafficking set out by Home Office policy.

She was released from detention after a week due to lack of bed space, but was again detained when police found her at a massage parlour in Wales in 2018. She then spent six month locked up, despite clear signs that something was wrong.

During her time in detention, staff at the centre recorded that she frequently had visions of a man in her room at night burning her with boiling water. She was seen on multiple occasions walking around with only her underwear on or taking her clothing off. At one point she was found outside screaming in the garden.

A psychiatric report carried out in detention states that she “appears to have decompensated in the context of her detention” and cited an “unclear personality structure, noted history of abusive relationships”, as well as “symptoms suggestive of a depressive episode with agitation and psychotic symptoms”.

A day before her case was to be heard at the High Court and following two court orders, the Home Office admitted the woman’s detention was unlawful and that she was entitled to compensatory damages for the entire period of detention.

Solicitors said the case highlighted failings in the government’s Adults at Risk policy – which sets out a framework for identifying different levels of vulnerability and is designed to ensure vulnerable people are not detained “inappropriately”.

Shadow home secretary Diane Abbott MP said, “This is the most shocking case of neglect and despite early warnings, the Home Office has failed to identify this person as a victim of trafficking.”

The instructing solicitor in the woman’s case, Shalini Patel, explained that the woman should never have been detained.

The Home Office’s own policies recognise that potential victims of trafficking are not usually suitable for detention,” Patel said.

“Sadly, the claimant’s experience is not atypical. This is just one snapshot of the failures of the Adults at Risk policy.”

The Home Office’s response? “It would be inappropriate to comment on ongoing legal proceedings,” said a spokesperson.