Child Trafficking Rife in Picturesque Cartagena - FreedomUnited.org
This website uses cookies to improve your experience. We'll assume you're ok with this, but you can opt-out if you wish.Accept Read More
Skip to content
Back to Global News 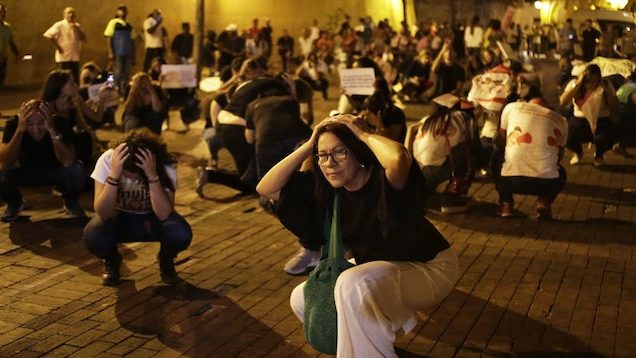 Protesters demonstrate against the sexual exploitation of children and adolescents in Cartagena. Photograph: Ricardo Maldonado Rozo/EFE/EPA

Cartagena is one of Colombia’s top tourist destinations, with its historic architecture and easy access to white sand beaches. But behind this picturesque setting, there is a shameful problem: sexual exploitation of children and adolescents is out of control.

Local authorities have admitted the problem since coming under fire for not doing enough to fight the crime. Police have now stepped up their efforts and a series of court cases are due to start next month.

Teenage girls in impoverished areas outside of the city are the prime targets for recruiters, promising the girls a path out of poverty.

Like many, Paola, 19, is harassed on social media. Since she was 14 she has received regular messages from fake model agents. They start with compliments about her looks, but soon get straight to the point.

“I’m scared something could happen to me,” says Paola. That’s why I don’t go out. I go to work, I go home and that’s it. I don’t go anywhere else.”

Lina received her first message last year, aged 15. “They’ve even offered me free plastic surgery. They say if I get operated on, I can charge more. They’re very persistent.”

Lina says she understands why some in her neighbourhood succumb to the harassment and manipulation. “We’re poor here and they offer a way out. The money can be very tempting,” she says.

Insiders also say that the sex party industry is thriving in Cartagena, with several companies online offering “sex tours” of the city, including a three-day trip for $6,000 that includes unlimited sex with up to 60 women on one of Cartagena’s private islands.

Cindy is a 24-year-old sex worker who knows this scene well. She explained that many female sex workers like her choose to do this work: “Whether people like it or not, it’s work. It’s a job. Nobody forces me to do it.”

However, she also admits that these sex parties can include underage girls — which constitutes human trafficking as they are minors.

“They earn a lot more. Clients pay more for them, but sometimes they can be scared,” said Cindy.

“Often, they’re given drugs first or lots of alcohol to get them drunk. I think it makes it easier.”