Chez Maurice, Horror House for Syrian Women - FreedomUnited.org
This website uses cookies to improve your experience. We'll assume you're ok with this, but you can opt-out if you wish.Accept Read More
Skip to content
Back to Global News 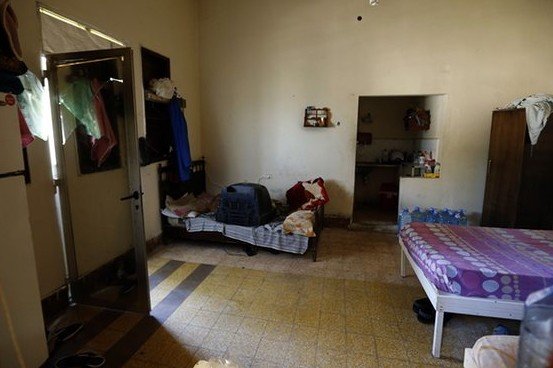 In a house in Lebanon called Chez Maurice, the largest Lebanese human trafficking network to date has been discovered…

In a nice suburb of Jounieh and just a short distance from the Mediterranean, stands this monument to human cruelty. It is a two-story house where 75 Syrian women were held captive, beaten, tortured, electrocuted, and flogged if their work wasn’t generating enough money to satisfy their captors.

After they left their war-torn Syria, they were each sold for less than $2,000.  They were forced to have sex 10 times a day. And they endured torture if there tips were not as much as their bosses expected.

About 200 times, a woman left the house to get an abortion or to be treated for venereal disease, because customers did not use use protection during sex.

The house, called Chez Maurice, is now empty and sealed with red tape. Underwear and dirty clothes are strewn by the entrance, coffee spilled on the ground from the police raid. Some windows have been left ajar, offering a glimpse into the lives of women held here for so long, some of whom were underaged when they arrived in Lebanon. The stench of rotting fruit rises from the dark interior, where clothes and half-empty cigarette packs are scattered about dingy rooms and beds with metal bars.

An officer with the Lebanese police, said, “These 75 women were saved from slavery, real slavery in this day and age with all the meaning of the word. They had lost every aspect of their freedom, over their bodies and even their thoughts. It was real slavery.”

There were 23 individuals charged with the crime of forming a human trafficking network, physically and psychologically torturing the women, imprisoning them, and forcing them into prostitution.

To read the entire article about Chez Maurice, click on the link below.