Charities urge against planned deportation of U.K. homeless migrants - FreedomUnited.org
This website uses cookies to improve your experience. We'll assume you're ok with this, but you can opt-out if you wish.Accept Read More
Skip to content
Back to Global News 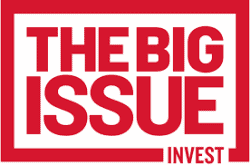 Homelessness charities and advocates are urging the U.K. government not to enforce new rules that would allow the deportation of homeless migrants, greatly increasing their risk of exploitation and modern slavery.

The Home Office, the interior ministry, has amended immigration rules such that homeless people who are not U.K. citizens face losing their right to remain in the country.

While the law is intended to apply only to those who refuse support or engage in criminal activity, advocates warn that the threat of deportation could prevent people from seeking help and push them into exploitative situations.

Jon Sparkes, chief executive of the homelessness charity Crisis, called the new policy “inhumane” and said it risked leaving homeless migrants, for whom support is already scant, with “no way out.”

“Street homelessness should never be a reason to force anyone out of the country. It would be deeply worrying if the government met its target to end rough sleeping by deporting destitute migrants with nowhere else to go,” said Polly Neate, chief executive of Shelter.

“The new Home Office guidance on the removal of rough sleepers leaves a lot to interpretation, meaning fewer vulnerable people will come forward for help. This could put lives at risk, and leave people open to exploitation and modern slavery.”

The rule change, part of a government plan to end homelessness in the U.K. by 2024, was announced last October and officially came into force in December, but the green light to begin enforcing the policy came this week with the release of new guidelines.

The policy is going ahead despite facing strong opposition since its inception, including a 40,000-strong petition from the Labour Homelessness Campaign and a legal challenge by the Public Interest Law Centre.

Migrants are already among the people most at risk of modern slavery in the U.K. and around the world, and the pandemic has worsened circumstances for many.

This week’s new policy is just the latest example of the U.K. government failing vulnerable migrants. Check out Freedom United’s Lift the Ban campaign for ways you can take action.