Can Software Detect Human Trafficking? - FreedomUnited.org
Skip to content
Back to Global News 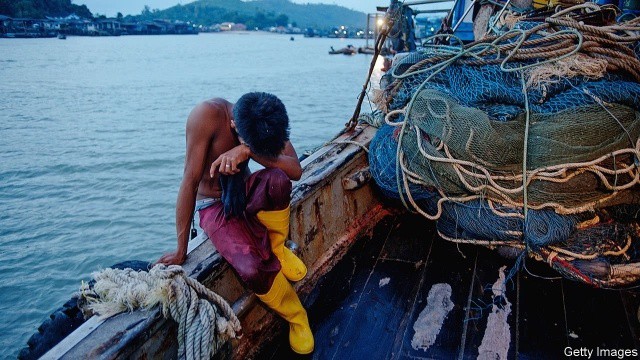 Anti-trafficking efforts around the world are beginning to yield high tech policing methods.

In Southeast Asia, for one, fishermen are often trafficked onto vessels and subjected to forced labor. Their vessels never or rarely dock, instead opting to transfer their catch to other ships, meaning the crew can never escape the abuse.

But one NGO in Bangkok, Thailand, MAST, has developed software that analyzes data from transponders fitted to fishing boats. These transponders track vessels via satellite, making it clear which vessels fail to dock. So far MAST has ten vessels assisting them in the study, and if they’re successful they hope to persuade the Thai government to outfit all vessels with this tracking system.

As The Economist reports, much of the tech solutions thus far focus on online sex trafficking:

Software can also identify pimps. Damon McCoy of New York University has developed a program that has helped police unearth five big suspected prostitution rings in California and Texas. His program hunts for signs, such as word choice, punctuation and emoji, that suggest a single hand is behind apparently unrelated online sex ads—and thus that organised crime is at work.

And it can link bitcoin payments made for such ads to the ads themselves. His plan is to release the program as a free download later this year. A subsequent version will detect tiny variations in the pixel-quality of pictures, to identify those taken with the same camera.

Since June 2017 an unnamed federal agency has used something similar, developed at Carnegie Mellon University in Pittsburgh by a researcher called Eduard Hovy. Like Dr McCoy’s, this program looks for connections between the words and images used in different sex ads. But it can, Dr Hovy says, also draw in data from other sources. It might, for example, link a tweet about loud screams at night in a particular building with banter on an online “John board” discussing the sudden unavailability of a foreign woman last seen badly bruised.

Still, Dr. Hovy cautions that technology isn’t 100% accurate in identifying victims of trafficking. He says that he has accompanied police on rescue operations only to find that the so-called “victims” were actually working voluntarily.

The Economist also points out that modern slavery is, at its core, about exploiting others for profit. And those profits have to be deposited somewhere, making banks around the world key actors in spotting suspicious activity. Hector Colón, a trafficking investigator at the Department of Homeland Security, says that more and more of these reports are being sent to the United States Treasury for investigation.

Nonetheless, this isn’t an easy battle. Traffickers often anticipate these traps and algorithms that try to detect their activity, making it difficult for authorities and software to catch up.