Cameroon Child Marriage; Newly Passed Law - FreedomUnited.org
This website uses cookies to improve your experience. We'll assume you're ok with this, but you can opt-out if you wish.Accept Read More
Skip to content
Back to Global News 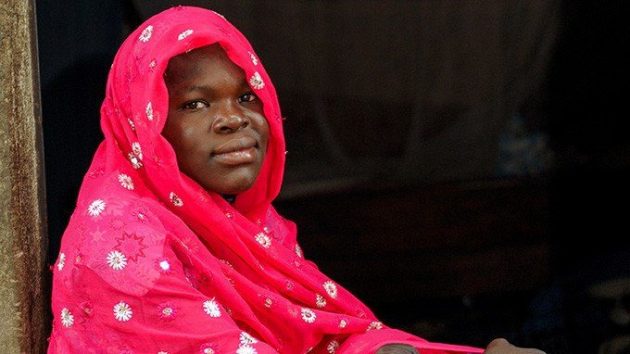 “I was forced into marriage by my father at the age of 14,” says 17-year-old Faouzia Yaya. “My father insisted, even knowing I did not want it. I even ran away to my uncle’s place, but he still found me.” The marriage didn’t last long, but Faouzia experienced a lot of violence.  “My husband used to beat me daily.”

According to a 2014 survey, in Cameroon, more than 20% of young girls (ages 15 to 19) are married. The country, however, has recently adopted a new protective law. Parents who marry off their daughters now are faced with two charges–forced marriage and child marriage.

Child marriage brings attention to many human rights violations. The victims of child marriages often are forced to stop their education; they are more prone to become pregnant as adolescents, and as a result often experience maternal health complications. And of course, they likely experience abuse.

The girls most vulnerable are the disadvantaged and those living in poverty in rural areas. Cameroonian girls who have no education are already married, for instance, compared to 9 per cent of girls with a secondary education.  The new law will “protect women from repugnant cultural norms and practices that have hitherto exposed them to every kind of ill treatment,” said Marie Therese Abena Ondoa, Minister of Women’s Empowerment and the Family.  The new penal code, under Section 356, makes forced marriage punishable by five to 10 years in prison and with a fine from 25,000 to 1,000,000 CFAF, or roughly $50 to $2,000. When the victim is under the age of 18, the punishment may not be less than two years imprisonment, regardless of the mitigating circumstances.  It is a powerful step forward, Prof. Ondoa emphasized. “The law effectively marks a great stride towards the attainment of gender equality,” she said.

An organization got involved in Faouzia’s case soon after they heard of her forced marriage–the Association Fighting Violence against Women (ALVF).  They helped her leave her marriage and taught her about her sexual and repoductive health.  She is now learning a trade–tailoring–that will help her gain her independence. Most of the girls who receive their assistance are already pregnant or have children.

Faouzia: “If I meet a man I love, I will get married to him. I think that a girl has to learn a skill or go to school before going for marriage.”