Traffickers Targeting Britain's Homeless on the Streets, in Soup Kitchens - FreedomUnited.org
This website uses cookies to improve your experience. We'll assume you're ok with this, but you can opt-out if you wish.Accept Read More
Skip to content
Back to Global News 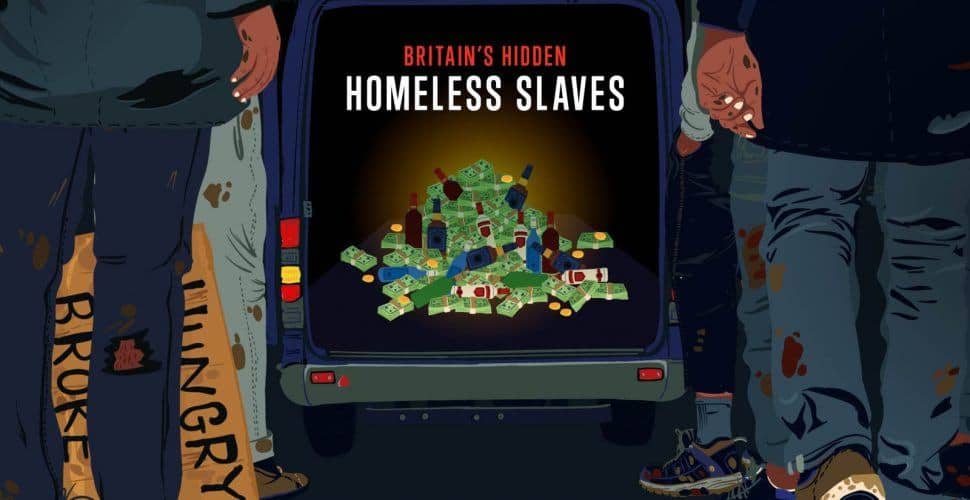 Traffickers Targeting Britain's Homeless on the Streets, in Soup Kitchens

A Buzzfeed News investigation has brought to light the scale of a disturbing problem: human traffickers in Britain are targeting the homeless on the streets and even in soup kitchens.

Yet as victims come forward — especially foreigners — many are finding that they can’t count on the UK’s modern slavery legislation to protect them. Even if they are deemed victims of modern slavery by the government, many are still labelled as “illegal immigrants” and subsequently deported.

In one case of a trafficked Polish man by the name of Kredens, despite the UK granting him victim status under the Modern Slavery Act, the Home Office refused his right to remain:

As a former slave, he could not show that he had been gainfully employed during his time in the country – rendering him an “illegal immigrant” in the government’s eyes and shutting him off from any access to state welfare, including housing.

Without a roof over his head, he would once again be at the mercy of the trafficking gangs targeting rough sleepers. Because of the very nature of the exploitation the government had just officially recognised, he was being denied help and cast back into danger.

In response to questions from Buzzfeed, the Home Office commented that “We are also taking action to significantly improve the system for identifying victims and supporting them to leave situations of exploitation and begin to recover and rebuild their lives,” adding that the government was considering extending the support period for victims to 90 days.

Another outstanding problem is that there is no government requirement to track what happens to individuals after they go through the National Referral Mechanism — the process that determines if they are truly victims of modern slavery. Many drop off the radar as soon as the period of government support ends, making it difficult to know how many end up homeless and are re-trafficked.

Kredens told Buzzfeed that many other homeless people in Britain have suffered similar fates. “It’s not just about me, there are more people in a similar situation,” he said. “They are desperate to survive.”

What can l do…can we leaflet the homeless on the steers and in hostels to warn them and lobby MPs.
And Theresa May should be aware what she is doing is NOT ENOUGH..
Just a HALF MEASURE is not enough..
[email protected]

This government appals me, they’re sending people back to countries where they have no family, homes or connections despite the fact they have been recognised as having been trafficked!!! I watched the 2nd episode of Collateral and was shocked at the language of the man who accompanied the police officers to the detention/ removal centre, it made very difficult viewing but it seems to be a true display of what’s going on!!